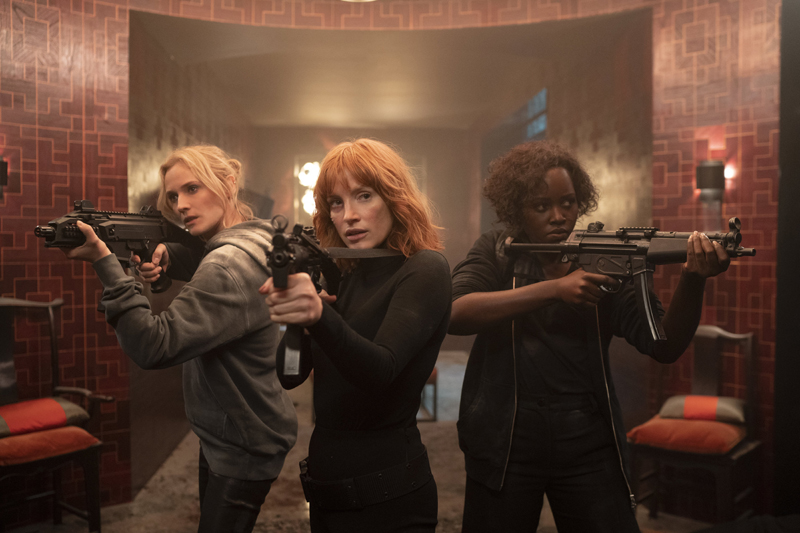 Who needs one James Bond when you can have five Jane Bonds? That’s the premise behind this entertaining thriller featuring a quintet of lady spies, directed by Simon Kinberg.

Global disaster looms when mercenaries acquire a cyber weapon that destabilizes technology with a single touch. Governments from the United States to China unleash their best undercover spies to capture the device, including a CIA agent (Jessica Chastain), a British MI6 operative (Lupita Nyong’o) and a German spy (Diane Kruger). They are joined by a Colombian psychologist (Penelope Cruz), and tracked by a mysterious Chinese woman (Bingbing Fan). Viewers may wince at the violence and high body count, but like the best of the Bond films, mindless escapism and grand entertainment are on the menu.

Excessive but bloodless violence and gunplay, implied premarital intercourse and one crude word. The Catholic News Service classification is A-III — adults. The Motion Picture Association rating is PG-13 — parents strongly cautioned. Some material may be inappropriate for children under 13.