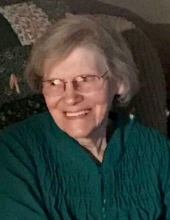 CREVE COEUR — A funeral Mass was celebrated on Dec. 23 at St. Ann Church in Peoria for Mary Ann Heinz, a longtime coordinator of Natural Family Planning (NFP) in the Diocese of Peoria and the mother of 17 children.

Father Jeremy Freehill was principal celebrant of the funeral Mass. Burial was in St. Mary Cemetery in West Peoria.

She and Kermit first embraced NFP — a family planning method in keeping with church teaching — at a seminar given in the Diocese of Belleville in the early 1970s. They joined the Couple to Couple League and became teachers of the sympto-thermal method. In the fall of 1978, Mary Ann was named the first diocese-wide coordinator of NFP, building the program under the auspices of Catholic Social Service.

In 1993, she received the Pro Ecclesia et Pontifice medal from Pope John Paul II for her involvement in pro-life, pro-chastity, and family life efforts — including beginning the “Pennies for Babies” campaign in the diocese. Four years later she was awarded the Pere Marquette medal from the Diocese of Peoria for her outstanding service.

Upon her retirement in 1996 — three years after a fall outside her office left her partially disabled — Mary Ann was called “a gift from God” by Catholic Social Service director Peggy Arizzi for how she spread NFP teaching throughout the diocese and inspired volunteers by her own dedication and gentleness.

A member of St. Ann Parish in Peoria, she served as an extraordinary minister of the Eucharist and sang in the choir.

Memorials may be made to St. Ann Church in Peoria.