Every nation will adore the Lord, but it will take the witness of each of us 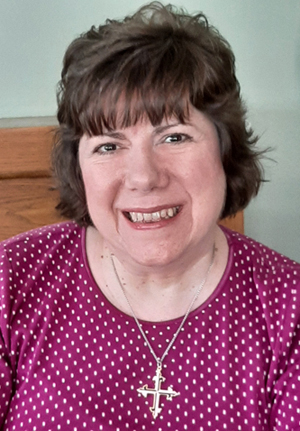 Living the Word / By Kim Padan

Solemnity of the Epiphany of the Lord / Jan. 2

As a child, I remember the joy of leaving Christmas decorations up through Jan. 6, the traditional date for the Feast of the Epiphany. Some people thought we were odd, but others joined us in celebrating the liturgical Christmas season (now through the Baptism of the Lord).

However, other than knowing we were celebrating the Wise Men’s arrival at the stable, I didn’t understand much about this solemn feast. Hearing the Epiphany Gospel passage read many times over the years, I paid little attention to the term “king of the Jews.” I knew it referred to Jesus but left it at that. Pope Emeritus Benedict XVI offers his insight:

“They inquire after the newborn ‘king of the Jews.’ This is a typically non-Jewish expression. In Jewish circles, people would speak of the ‘king of Israel.’ In fact, this ‘Gentile’ title, ‘king of the Jews,’ does not reappear until Jesus’ trial and the inscription over the Cross . . . there are already echoes of the mystery of the Cross . . . inseparably linked with Jesus’ kingship.” (“Jesus of Nazareth: The Infancy Narratives,” Ratzinger)

This is the beauty of the Paschal Mystery! The Christmas season is just part of our redemption story. Jesus came into the world to live so that He could die for our sins and rise again, giving us the promise of eternal life with Him.

One definition of the word epiphany is a “sudden manifestation or perception of the essential nature or meaning of something.” The Magi traveled many miles, prompted by the brilliant light from a star in the east. When they eventually reached Bethlehem, prophesied to be the birthplace of the Messiah, and entered the house where Jesus lay, these sojourners could not help but prostrate themselves as they sensed the essential nature of the Christ Child as king, but also as Lord. Pope John Paul II said, “The Magi with their gesture of adoration therefore testify that the child Jesus is king not of a single people — the people of Israel — but of all the peoples of the earth.” (Homily, Solemnity of the Epiphany of the Lord, Jan. 6, 1993.)

The Magi represent the rest of the world, the Gentiles, people whom St. Paul tells us would be “coheirs, members of the same body, and copartners in the promise in Christ Jesus through the Gospel.” This radical universality (catholic) nature of God’s plan was shocking to many, but what a beautiful revelation!

The Catechism of the Catholic Church states of the Magi, “Their coming means that pagans can discover Jesus and worship him as Son of God and Savior of the world. . . .” (528) Read that again. Pagans can discover Jesus and worship him! But they must first hear about the Old Testament prophecies and how they have been fulfilled in the New Testament. Sharing this message is the duty and privilege of the Church and all her members. That’s us, my friends.

This weekend, the psalm proclaims, “Lord, every nation on earth will adore you.” Often this seems like such a remote possibility, especially in our increasingly secular society. What will it take for every nation to adore Him?

It will take the solid witness of those who claim to be His disciples so that we can lead others to Him. It will take our willingness to bow down in worship of the King of Kings instead of worldly powers. It will take each of us doing this not just on Sundays but every day.