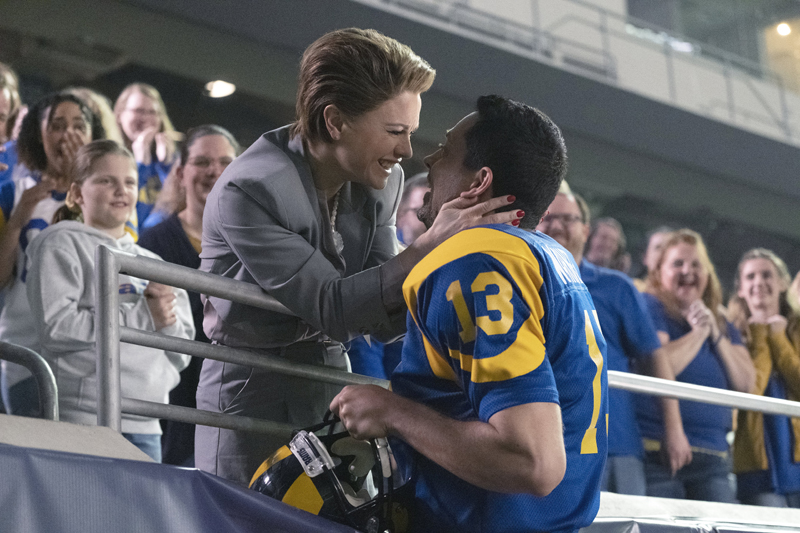 Cheerful, lively biopic tracing the initial challenges and eventual rise to stardom of NFL quarterback Kurt Warner (Zachary Levi). Though he proves himself an outstanding player in college, Warner’s alma mater is too far down on the pecking order for any pro team to consider drafting him or giving him a tryout. Reduced to a minimum-wage job stocking supermarket shelves, he finds his way back onto the gridiron via arena football, overcoming personal problems and falling for a previously married former Marine corporal (Anna Paquin) along the way.

Screenwriter David Aaron Cohen and directing brothers Andrew and Jon Erwin touch only lightly on their protagonist’s well-publicized evangelical beliefs and merely hint at his personal problems, focusing instead on the mechanics of the game. But they avoid a preachy tone while keeping things generally wholesome.

A divorce theme, allusions to cohabitation, fleeting crass language. The Catholic News Service classification is A-II — adults and adolescents. The Motion Picture Association rating is PG — parental guidance suggested. Some material may not be suitable for children.