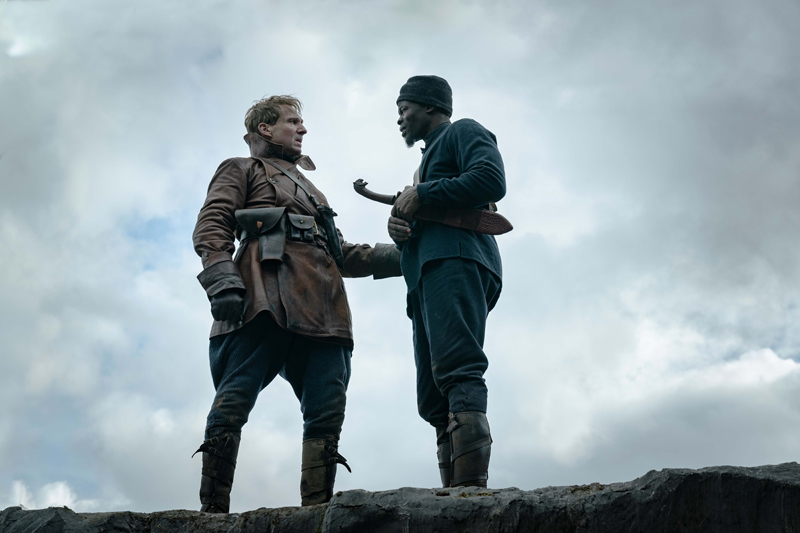 The emotions on display are as false as the deliriously dumb alternate history underlying this third installment of, and origins story for, the franchise adapted from the comic book “The Secret Service” by Mark Millar and Dave Gibbons.

Having promised his wife (Alexandra Maria Lara) as she lay dying to shield their young son from the darker aspects of life, a British nobleman (Ralph Fiennes) proves an overprotective father to the now-grown lad (Harris Dickinson) who wants permission to fight in World War I. Instead, once dad loosens up a bit and reveals his hidden career as a spy, the duo become partners in undercover work. As they take on a shadowy gang of international conspirators, the most prominent member of which is malignant mystic Grigori Rasputin (Rhys Ifans), they’re aided by the younger man’s former nanny (Gemma Arterton) and the older one’s faithful bodyguard (Djimon Hounsou).

Returning director and co-writer Matthew Vaughn, who helmed and helped pen both previous features, reins in the graphic mayhem of those outings to some degree. But he strikes a consistently wrong note in depicting the central relationship and veers between an anti-war message and a climactic approval of the illegitimate use of force that leaves the morals of his action film thoroughly muddled.