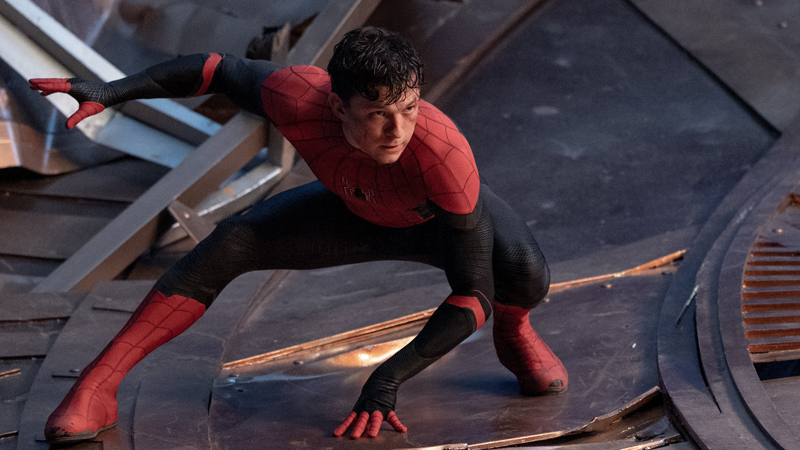 Action, humor and drama are skillfully combined in this lavish final installment of a trilogy of films starring Tom Holland as the Marvel Comics superhero of the title.

As it opens, his alter ego, Brooklyn teen Peter Parker, is in a pickle. Not only has his secret identity been revealed, he’s also at the center of a raging public debate, fueled by a sensationalist reporter (J.K. Simmons), about whether he’s a crimefighter or a murderous villain, a controversy that eventually has an adverse effect on the lives of both his girlfriend (Zendaya) and his best pal (Jacob Batalon). So he turns to sorcerer Dr. Strange (Benedict Cumberbatch) for help. But the latter’s spell goes awry and allows a quintet of Spider-Man foes from throughout the multiverse (including Willem Dafoe, Alfred Molina and Jamie Foxx) to come to Earth, where they unleash havoc.

Returning director Jon Watts serves up giddy visuals and high-budget special effects as co-writers Chris McKenna and Erik Sommers’ script explores themes of altruism, moral decision making and the desire for revenge. The value of the life lessons the youthful protagonist learns, primarily from the aunt (Marisa Tomei) who serves as his loving guardian, may sway many parents to allow those in the same demographic to follow his virtually gore-free adventures and the vicissitudes of his refreshingly chaste romance.