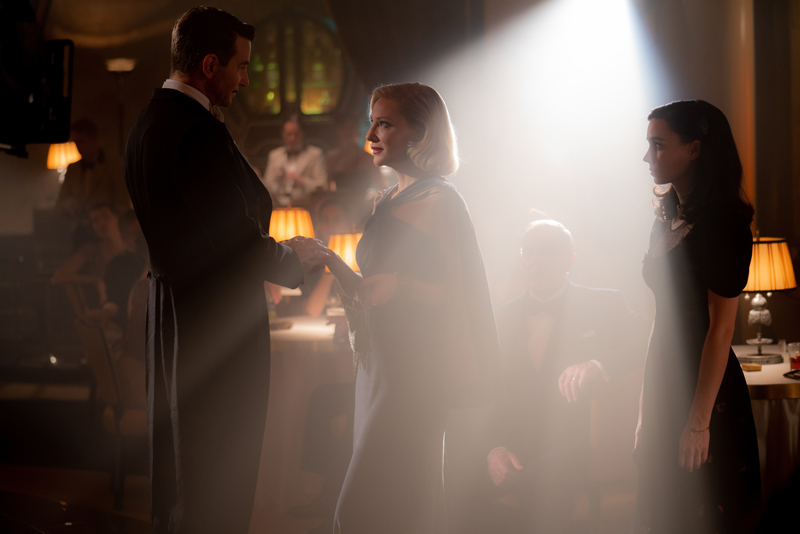 Bradley Cooper plays a Depression-era drifter who joins the crew of a low-rent traveling carnival (run by Willem Dafoe) and becomes fascinated with mentalism. After being instructed in the craft by a husband-and-wife team of clairvoyants (Toni Collette and David Strathairn), he departs the sideshow for a career on his own, accompanied by another member of the troupe (Rooney Mara) for whom he has fallen. By the eve of World War II, the now-married couple have hit the big time, performing in elegant nightclubs. But his steamy affair with a hard-edged psychoanalyst (Cate Blanchett) and his reckless attempt to dupe a wealthy, powerful industrialist (Richard Jenkins) imperil his good fortune.

Given the less-than-likeable personality of its huckster protagonist, viewers may find it difficult to warm to director and co-writer Guillermo del Toro’s noir-inspired screen version of William Lindsay Gresham’s 1946 novel, first edgily adapted the following year by helmer Edmund Goulding. Long on atmosphere and acting talent, but short on ethics, this journey through high places and low is not a suitable trip for most cinematic tourists.