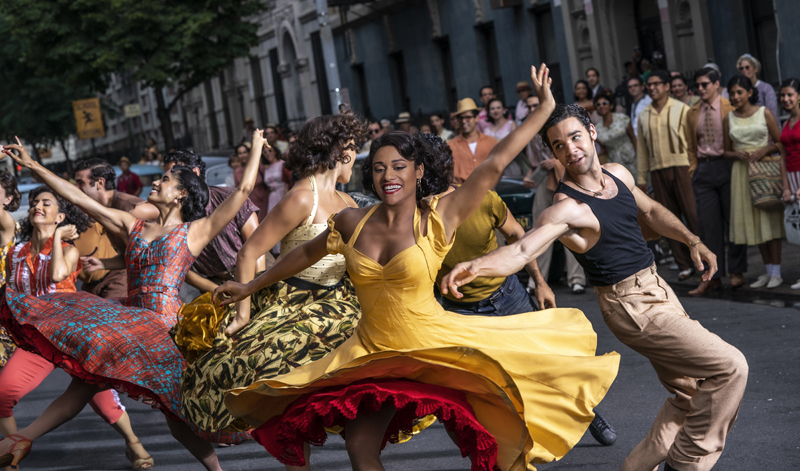 As it charts the romance of its modern-day Romeo and Juliet, Manhattan slum dwellers Tony (Ansel Elgort) and Maria (Rachel Zegler), and their effort to cross the ethnic divide that separates them, a division embodied and intensified by the escalating feud between the white gang to which he belongs (led by Mike Faist) and the Hispanic one headed by her brother (David Alvarez), Tony Kushner’s script adheres more closely to the stage play than the 1961 movie. It also amplifies the Latino flavor of the kinetic proceedings by giving characters, including Maria’s best friend, Anita (Ariana DeBose), and Tony’s kindly patron, Valentina (Rita Moreno), dialogue in Spanish.

By turns celebratory and heartbreaking, Spielberg’s masterful enhancement of the already brilliant work of composer Leonard Bernstein, lyricist Stephen Sondheim, playwright Arthur Laurents and choreographer Jerome Robbins, on whose concept the show was based, will captivate grown-ups. However, while Catholic elements are, if anything, more prominent than in the earlier picture, the new take also involves a living arrangement at odds with, and an implied encounter at least in tension with, church teaching.

Possibly acceptable for older teens. Mostly stylized violence with minimal gore, an attempted gang rape, cohabitation, offscreen premarital sexual activity, about a dozen uses of profanity, at least one milder oath, some crude and crass talk. The Catholic News Service classification is A-III — adults. The Motion Picture Association rating is PG-13 — parents strongly cautioned. Some material may be inappropriate for children under 13.