Paul Moore: Don’t listen to the Devil — Confession is good for the soul 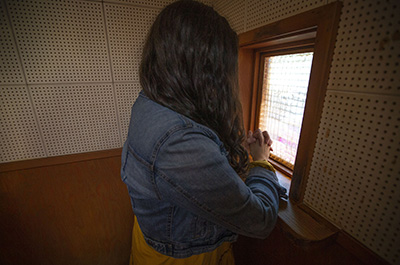 The grace that pervades the soul through confession inevitably leads to greater faith, hope and charity. (CNS/Chaz Muth)

Blame it all on Father Greg.

I was talking with Father Greg Jozefiak recently on “Catholic Conversations” (under “podcasts” at catholicspiritradio.com, Nov. 20). I asked him, after Holy Eucharist, what was his second favorite sacrament to administer as a priest. I could tell the question surprised him a bit, but not for long. His answer?

Father Greg referenced the expert opinion of Father Vincent Lampert, exorcist for the Archdiocese of Indianapolis, who considers the preventative medicine of confession as being even more efficacious than the “Hail Mary” pass of exorcism. Father Greg said exorcism is indeed a powerful last resort, but that confession is the real cure, because it gives us the ongoing protection of sanctifying grace.

He described confession as an “intense power wash” of the soul. The key is humility, which opens the door to sanctifying grace. He likened this to an imperfect imitation of our Blessed Mother’s perfect humility, which resulted in her being honored by the Angel Gabriel with the salutation, “Hail Mary, full of grace. . . .” (though Father noted Mary did not know sin, but only the sorrow that comes from it, for which the debt was paid by her Son).

Father said he is often reminded of a line in the Litany of Saints, “Protect me from an unprovided death.” Confession (also known as Reconciliation), is that means by which we keep our house well-swept and in order, “because we do not know the day or the hour.”

HUMILITY, GRACE, MERCY, CHANGE
Furthermore, although it’s possible to misunderstand confession as a kind of “crime and punishment” eye-for-an-eye and tooth-for-a-tooth exercise in condemnation, that’s not at all the goal, or the effect, Father Greg explained. He said the grace that pervades the soul through confession inevitably leads to greater faith, hope and charity, which emanates out to touch other souls not with condemnation, but with love of and from Him.

Father reinforced that the secret spiritual sauce is humility, which comes from the Latin word, humus, meaning soil or earth. Here in the Midwest, America’s breadbasket, we understand that if you till the soil — particularly if it’s rocky — with regular love and care, then with God’s help, you will be rewarded with “. . . a good measure, packed together, shaken down, and overflowing. . . .” (Luke 6:38)

Regarding the pebbles that sometimes populate the rocky soil of our souls, those habitual sins of a cross word, gossip, or impurity (or all the above), Father said we shouldn’t be afraid to approach the Throne of Mercy again and again with these human failings. Our sins might be all-too-human, but our willingness to pick ourselves up, dust ourselves off, and approach once more draws us closer to the Divine, and the proximity rubs off.

Through confession, we come to better understand why we sin. That’s when Father says the grace of conversion really has a chance to take hold and give our souls a makeover. It’s called metanoia. Over time — and it may take a lifetime — we start to pull away from an affinity for sin, and tilt toward God, while maintaining an alcoholic’s awareness that we can’t test our blessing with even one drink.

“DO I REALLY HAVE TO DO THIS?”

Does my having heard all this from Father Greg mean my own next confession will be a piece of cake? Hardly, more like humble pie.

Next time, as always, I will bleat, “Do I really have to do this?” Or, at the very least, “Do I have to do it this week?” I might protest to God, as I protested to Mom as a child, “But none of the other kids are going!” Wrong again. During parish Advent reconciliation services, the other kids — of all ages — are going. If I haven’t been in a while, I might be surprised by how many. Still, it’s really all about my own personal one-on-one encounter with Jesus through the priest.

As C.S. Lewis wrote in the Chronicles of Narnia, “No great wisdom can be reached without sacrifice.” If I can sacrifice a little bit of Advent discomfort, then greater self-knowledge — and a whole heap of spiritual relief — can be my Christmas gift to myself.