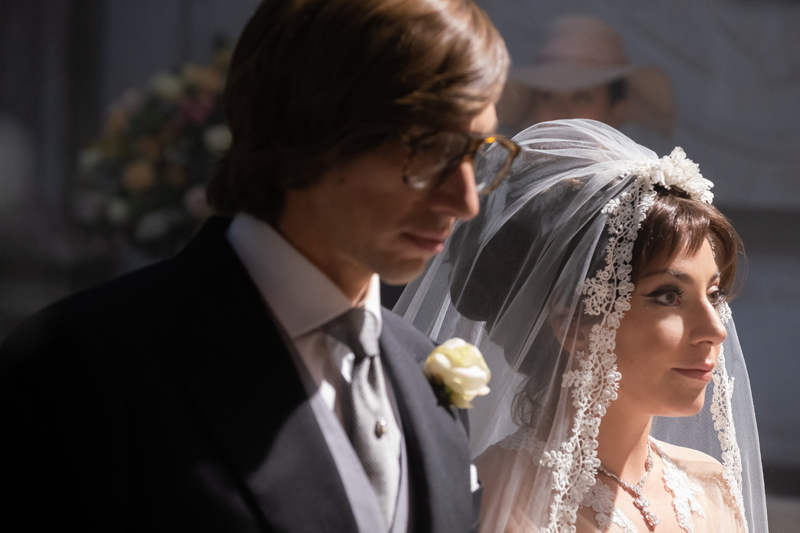 Despite its tragic ending, for most of its running time this fact-based dynastic saga, fueled by tumultuous emotions, has the feel of a high-end soap opera.

Lady Gaga plays a middle-class woman who marries into the titular fashion family. Her unambitious new husband (Adam Driver), a law student, would rather steer clear both of the clan’s business empire and of its tangled relationships. But she has other ideas, and together they become caught up in the shifting alliances and rivalries among her imperious father-in-law (Jeremy Irons), his bon vivant brother and business partner (Al Pacino) and the latter’s eccentric, harebrained son (Jared Leto).

Glossy and well-acted, but marred by an unnecessarily explicit liaison between the two principals in the lead-up to their wedding, director Ridley Scott’s adaptation of Sara Gay Forden’s 2001 book “The House of Gucci” is a hothouse affair that may prove a guilty pleasure for those grown-ups willing to overlook its fleeting detour into offensiveness.

A scene of graphic premarital sexual activity, including an aberrant act, a glimpse of rear nudity, an adultery theme, cohabitation, momentary irreverence, at least one use of profanity, a couple of milder oaths, frequent rough and occasional crude and crass language. The Catholic News Service classification is L — limited adult audience, films whose problematic content many adults would find troubling. The Motion Picture Association rating is R — restricted. Under 17 requires accompanying parent or adult guardian.