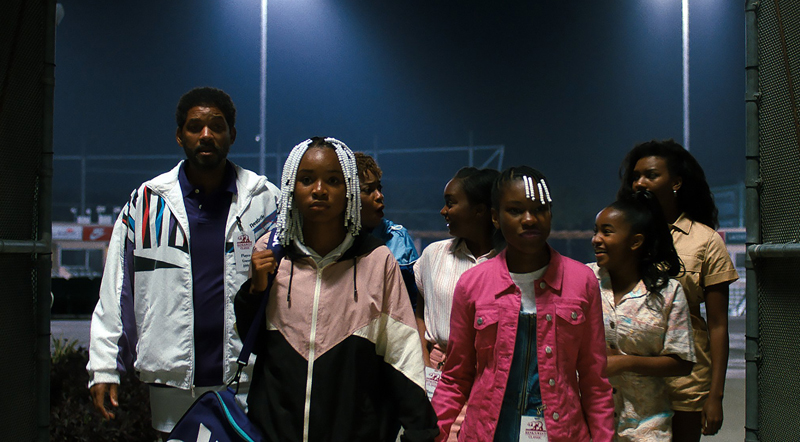 A vivid performance from Will Smith as the father of future tennis greats Venus (Saniyya Sidney) and Serena (Demi Singleton) Williams energizes this intriguing fact-based sports drama. By turns determined and, as the nickname of the title suggests, domineering, with the help of his dedicated wife (Aunjanue Ellis), he overcomes long odds to fulfill his dream of making his daughters world-renowned champions. Yet the obstacles barring his way include not only the meagerness of his economic resources, the dangers of life in the gang-ridden Los Angeles neighborhood his family inhabits and the racism, both institutional and personal, he frequently encounters but the downsides of his own personality, negative traits that bring him into conflict with a duo of highly regarded coaches (Tony Goldwyn and Jon Bernthal).

Though overlong, director Reinaldo Marcus Green’s film highlights the value of persistence, humility, self-discipline and good parenting. Some vulgar dialogue aside, moreover, there’s not much to prevent the sharing of those life lessons with older adolescents.

Brief gun and physical violence, at least one instance each of profanity, milder swearing and rough language, a few crude and several crass expressions. The Catholic News Service classification is A-III — adults. The Motion Picture Association rating is PG-13 — parents strongly cautioned. Some material may be inappropriate for children under 13.