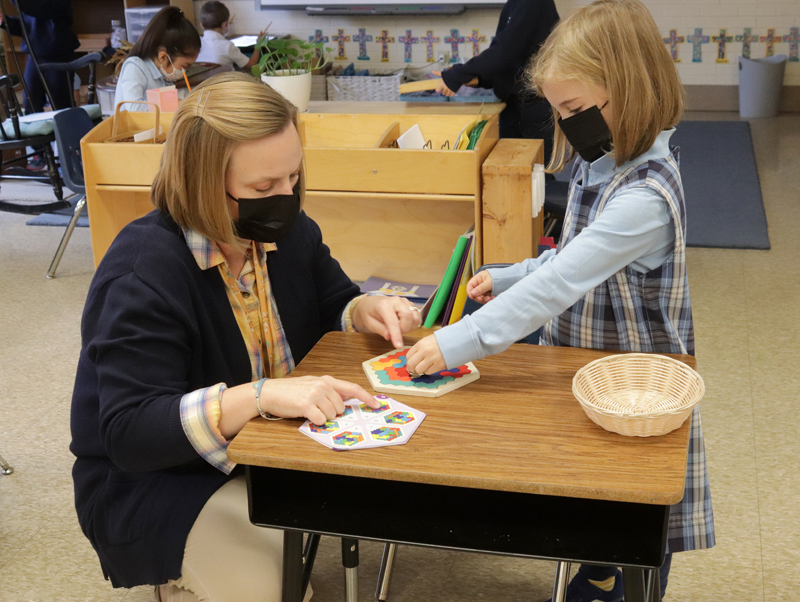 Enrollment in Catholic schools around the Diocese of Peoria has rebounded slightly from last year for an overall increase of 2 percent and now stands at 9,567 students. That includes a 5 percent increase at the elementary level — what Jerry Sanderson, associate superintendent, calls “a very healthy climb.”

“We’re seeing positive trends in elementary schools in all the geographic areas of the diocese. We’re really excited that families are recognizing the value of Catholic education.” — Jerry Sanderson

“A year ago we had 7,360 students in the elementary grades. This year it’s increased to 7,733. That’s a positive sign,” Sanderson told The Catholic Post.

While the elementary grades gained 373 students, the secondary schools lost 195 students, according to figures reported to the National Catholic Educational Association Data Bank for 2021-2022. That’s a decline of 9 percent, from 2,019 last year to 1,834 this year.

Much of that comes from Alleman High School in Rock Island, which has lost 100 students, and Peoria Notre Dame High School, which is down by 71 students. (For more on Alleman, see the column by Dr. Sharon Weiss, superintendent of diocesan schools, here.)

“The positive side to the enrollment decline on the secondary level is that we have engaged Partners in Mission,” Sanderson said, referring to the Boston-based consulting group that is working on strategic planning with the six diocesan high schools.

“When the red flags come, it’s our job as a diocesan office to figure out or at least address what are those red flags and what can we do to intervene,” said Weiss. “How can we help? How can we assist?”

“We’re not satisfied with losing 9 percent of our secondary enrollment and we’ve hired the best consultants in the country to work with our schools to reverse the trend,” Sanderson said, adding that this is imperative. 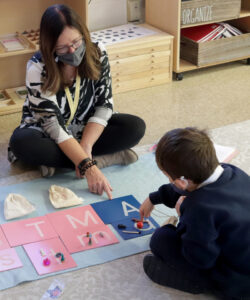 Debbie Salandar works with Liam Dillon in her kindergarten classroom at St. Philomena School in Peoria. (The Catholic Post/Jennifer Willems)

What is driving gains at the elementary level is preschool enrollment, which is up by 248 students — from 1,033 a year ago to 1,281 this year, according to Sanderson. And the numbers in this age group last year were a marked decline from the 2019-2020 school year.

“A lot of preschool parents were concerned about their children having to wear masks all day or were just uncertain what the risk was to their younger children with COVID,” he explained.

“So we’re seeing positive trends in elementary schools in all the geographic areas of the diocese,” Sanderson said. “We’re really excited that families are recognizing the value of Catholic education, especially when we see these large incoming kindergarten classes. We kind of have an idea that they’re in it for the long haul.”

He added that the long-term hope is this will lead to stronger numbers on the secondary level, as well.

Another trend reported by the schools is students transferring or expressing interest in transferring from public schools, Sanderson said. Some of this is due to how Catholic schools responded to the pandemic, offering in-person instruction rather than remote-only learning for most of the year.

Weiss and Sanderson said state-mandated curriculum on topics such as human sexuality and critical race theory are other factors in parents reconsidering where their children go to school.

There are some things that never change, however.

“We have a salvific mission. We are about saving souls and we want our children and our teachers and our staffs and our school communities to encounter Christ,” Weiss told The Post. “Our schools are one of the best ways to do that.”

With an increase of 10 students, St. Bede Academy in Peru is one of the bright spots in terms of secondary education, according to Jerry Sanderson, associate superintendent of Catholic schools for the Diocese of Peoria. 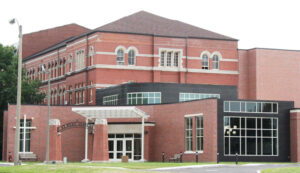 While St. Bede is owned and operated by the Benedictine monks of St. Bede Abbey and has its own governance structure, enrollment figures are reported to the National Catholic Educational Association Data Bank for all Catholic schools within the boundaries of the diocese.

Eve Postula, superintendent at St. Bede, said the increase from 272 to 282 students is due in large part to the ability to enroll freshmen international students again now that the COVID-19 travel ban has been lifted.

St. Bede has a boarding school with 26 students, many of them from China. This year there are also students from Turkey, Brazil, Germany and Mexico, with a student from Vietnam expected in the second semester.

One of the seven new freshmen is a domestic student who is boarding at St. Bede, Postula said.

Transfer students account for the remainder of the increase.