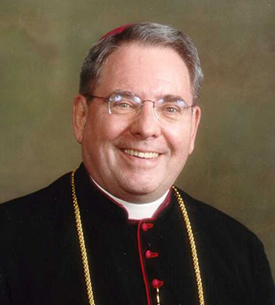 The Papal Foundation has received a $200,000 gift from Dan and Marianne Harrington of Champaign to establish the Archbishop John J. Myers Fellowship in the area of canon law. This will make it possible for one scholar each year to study canon law at one of the Roman Pontifical Universities. 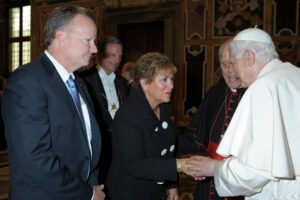 The first recipient is Father Mark Neil Eronico of the Diocese of Talibon, Philippines, who will use it to study for his licentiate in canon law at the Pontifical Gregorian University.

“I am very grateful to Dan and Marianne for providing this amazing opportunity to study in Rome,” Father Eronico said. “I will approach my studies each day in a manner that would make Archbishop Myers proud.” 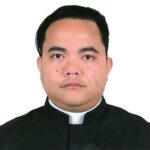 The Harringtons’ friendship with Archbishop Myers dates back to 1972, when the archbishop was a young priest and Dan’s CCD teacher at St. Matthew School in Champaign.

“We are thrilled that Father Mark will continue his studies of canon law in the tradition of Archbishop Myers’ great contribution to the church,” Dan Harrington said. “We are honored to keep Archbishop Myers’ legacy alive and help form faithful scholars of ecclesiastical law for years to come.”

The mission of The Papal Foundation is “to serve the Holy Father and the Roman Catholic Church through faith, energy and financial resources.”