Activities developed as companion resource to children’s book on Sheen 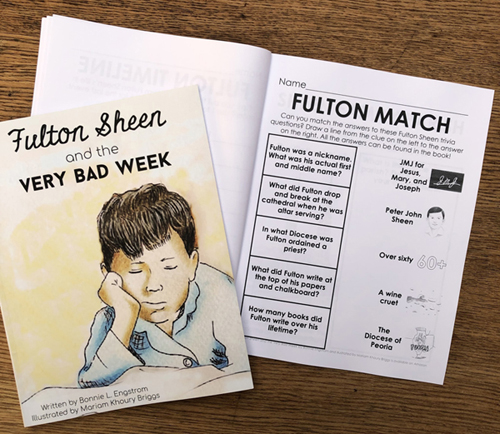 A page from the activity book designed by Katie Boger is seen next to "Fulton Sheen and the Very Bad Week" by Bonnie Engstrom. The artwork by Mariam Khoury Briggs was used with her permission in Bogner's resource. (Provided photo)

“Fulton Sheen and the Very Bad Week” now has a companion activity book. 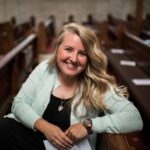 Katie Bogner, junior high faith formation teacher at St. Philomena School in Peoria, designed it to help students in kindergarten through fourth grade learn more about Venerable Archbishop Fulton J. Sheen. It also invites children to go deeper into one of the core lessons of the book, which is to consider the plans God has for their lives.

Bogner and author Bonnie Engstrom have been friends for many years and share an affinity for all things Fulton Sheen. It wasn’t long after Engstrom published “Fulton Sheen and the Very Bad Week” that Bogner suggested the idea for an activity book.

The artwork of Mariam Khoury Briggs, who illustrated “Fulton Sheen and the Very Bad Week,” is used with permission and makes a strong visual connection between the two books.

BRINGING THE BOOK TO LIFE

“When the book came out I was so excited about it and so impressed with it and really just very grateful,” Bogner told The Catholic Post. “For years and years and years I’ve had parents and teachers ask me if I could recommend a book that they could read to their kids to introduce them to Fulton Sheen and there hasn’t been anything.”

“Bonnie’s writing and Mari’s pictures made it easy. Their book is the gift in this situation. I just tried to give an extension opportunity for parents and teachers to kind of bring the book to life.” — Katie Bogner

She had developed a Fulton Sheen curriculum for use in fifth through eighth grades, but there weren’t a lot of resources available for children in early grades besides a coloring page.

“There’s nothing wrong with a good old coloring page, but sometimes you want to go a little deeper than that and help with comprehension,” she explained.

Bogner said “Fulton Sheen and the Very Bad Week” is not only easy to read and “kid friendly,” but very relatable for young readers. She wanted the activity book to have the same feel.

“Bonnie’s writing and Mari’s pictures made it easy. Their book is the gift in this situation,” she said. “I just tried to give an extension opportunity for parents and teachers to kind of bring the book to life and reflect on it.”

Bogner said the activities start easy and then they get gradually more complex. They include a word search, sequencing of events in Fulton Sheen’s life, a “Fulton Match,” and “Fulton Trivia,” as well as opportunities to draw pictures of their church and family, and write about their own bad days and who they talk to at those times.

“So it could be used by different ages or a family,” she said. “There might be an activity that a little kindergartner does but then maybe an older sibling has an activity that is sort of corresponding, but more appropriate for their age level.” 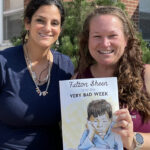 “One thing that was really nice is I have a kindergartner and second-grader and I know what their papers look like. I know what they’re learning at school,” Engstrom told The Post. “So it was easy between the two of us to say, ‘Oh, this would be really neat’ and ‘This would be good handwriting practice.’”

She noted that one of her favorite pages in the activity book is “God’s plans for you.” It shows a young Fulton Sheen with a “thought bubble” and asks the young reader to draw a picture of what God might have in store for them.

“I hope kids really do sit and think, ‘I want to be a mom. I want to be a teacher. I want to be a priest’ — whatever it might be,” Engstrom said. “And to think it’s not just what I want to be but what God might be calling me to be. . . . He is willing to and wants to and he will direct us and inspire us — even in the smallest of details.”