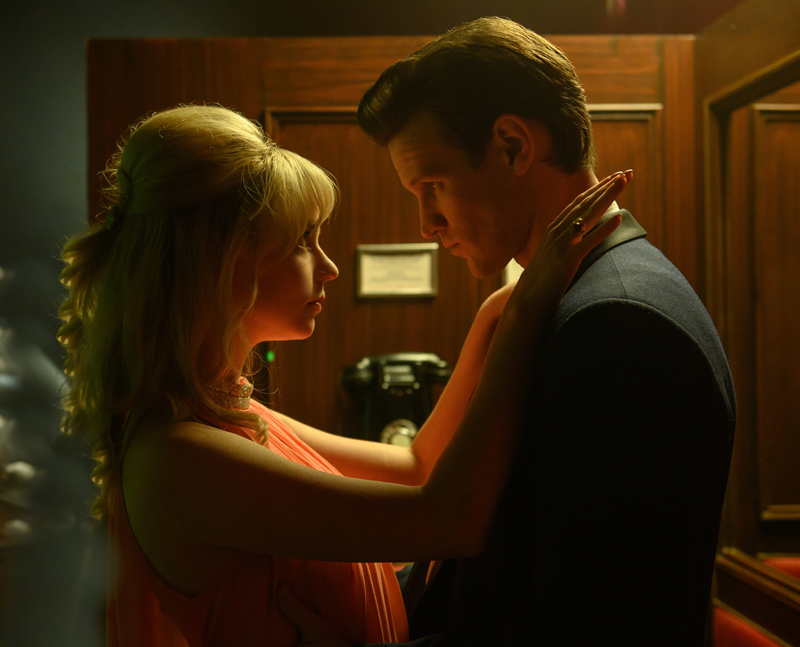 What begins as a paean to the London of the swinging 60s rapidly turns into something more menacing as a psychic fashion student (Thomasin McKenzie) in the present-day British capital who is obsessed with the earlier era journeys back to it in a series of dreams during which she witnesses scenes in the life of an aspiring actress and singer (Anya Taylor-Joy) of the time.

Though the would-be star’s career gets off to an apparently promising start, her suave manager (Matt Smith) is not at all what he seems, and her existence rapidly degenerates into the stuff of squalid nightmares. Haunted by what she is seeing, but powerless to intervene, the protagonist becomes a neurotic mess. Her erratic daytime behavior draws the disdain of one classmate (Synnove Karlsen), the sympathy of another (Michael Ajao), who would like to make her his girlfriend, and the ire of her elderly landlady (Diana Rigg).

Director and co-writer Edgar Wright’s psychological thriller shifts gears along with the narrative as its initially sunny tone first intensifies, then becomes feverish as it reaches a gory, mayhem-ridden conclusion.

Much harsh bloody violence, fleeting but strong sexual content, including glimpses of aberrant behavior and full nudity as well as a premarital bedroom scene, vengeance and prostitution themes, drug use, a few instances of profanity, at least one milder oath, considerable rough and crude language. The Catholic News Service classification is L — limited adult audience, films whose problematic content many adults would find troubling. The Motion Picture Association rating is R — restricted. Under 17 requires accompanying parent or adult guardian.