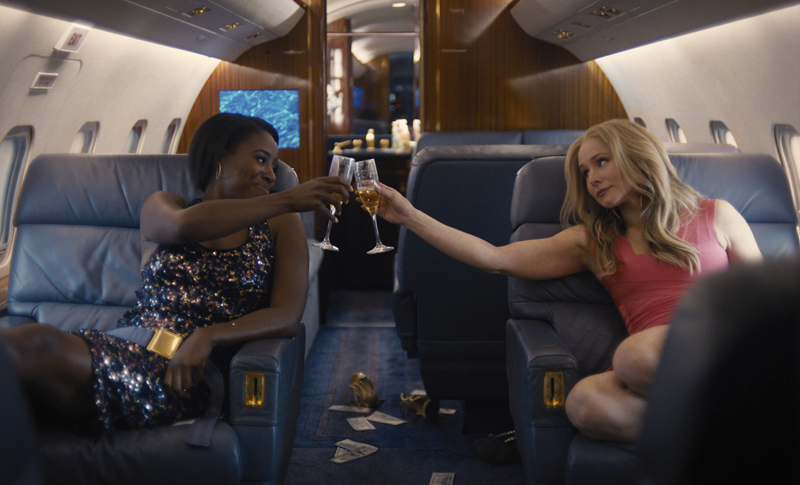 Strapped for cash, a suburban housewife (Kristen Bell) and her best friend (Kirby Howell-Baptiste) strike on the idea of collecting and selling coupons for free products, a scheme they undertake on such a large scale that they quickly make a fortune. But an obsessive loss prevention officer (Paul Walter Hauser) for a grocery store chain and a hard-driving postal inspector (Vince Vaughn) are soon on the duo’s trail.

While the flighty amateur crooks and ill-assorted law enforcers draw laughs, the script takes a misguided detour with a subplot about the efforts of Bell’s character to overcome her infertility and the film’s ultimate message is that crime does indeed pay. So careful discernment is required to separate the humorous wheat from the ethical chaff.