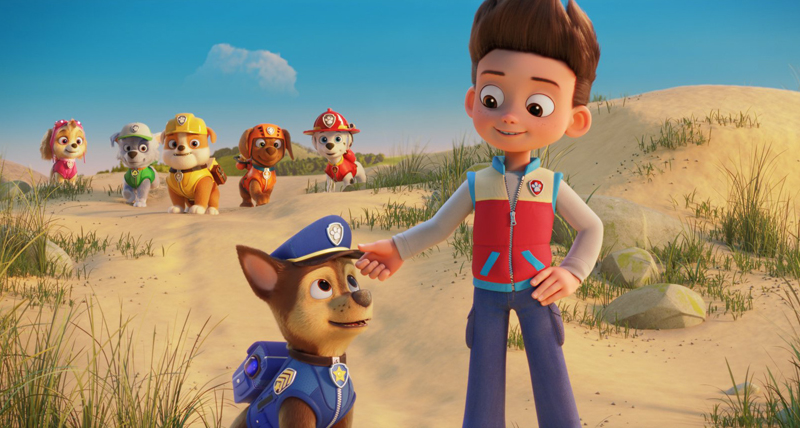 This is a scene from the animated movie "PAW Patrol: The Movie." The Catholic News Service classification is A-I -- general patronage. (CNS/Spin Master, Paramount Pictures)

Pleasant big-screen version of the Nickelodeon cartoon series about a rescue crew of puppies led by a preteen boy (voice of Will Brisbin). After the egotistical politician (voice of Ron Pardo) who has long been their nemesis is corruptly elected mayor of a nearby city, the team relocates there from the smaller community they previously served and struggles to cope with the series of potential disasters to which his incompetent scheming gives rise. As they do so, they gain the help of an enthusiastic dachshund (voice of Marsai Martin) with an abundance of local knowledge but find their tasks complicated by the self-doubts troubling the German shepherd who serves as their policeman (voice of Iain Armitage).

Director and co-writer Cal Brunker serves up a breezy, tenderhearted adventure with built-in lessons about the nature of heroism and the value of cooperation. While really objectionable elements are nil, the very smallest movie fans might be frightened by the dangerous situations the brave band is called upon to resolve.