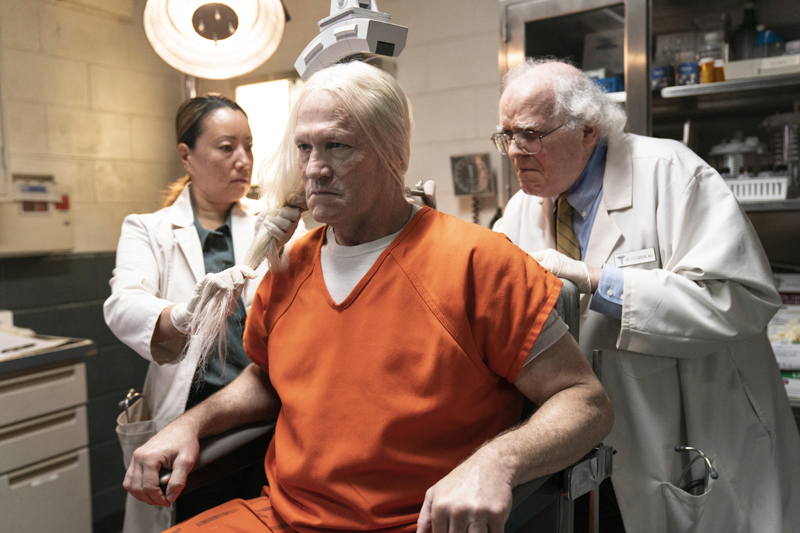 Lost under the crimson tide are a few clever witticisms and an overall spirit of genre self-mockery as a ruthless intelligence officer (Viola Davis) assembles an ensemble of imprisoned criminals (most prominently Margot Robbie and Idris Elba) and both bribes and blackmails them into neutralizing a highly unusual threat to national security. Under the direction of an earnest Army colonel (Joel Kinnaman), the motley team must infiltrate the laboratory of a mad scientist (Peter Capaldi) to prevent the powerful creature he has long nurtured there from being used against the United States.

What might have been a bit of daft fun — Sylvester Stallone provides the voice of a dim-witted, rubber-skinned shark-human hybrid while David Dastmalchian plays a superhero called Polka-Dot Man — is spoiled by the gruesome deaths to which innumerable extras are subjected.