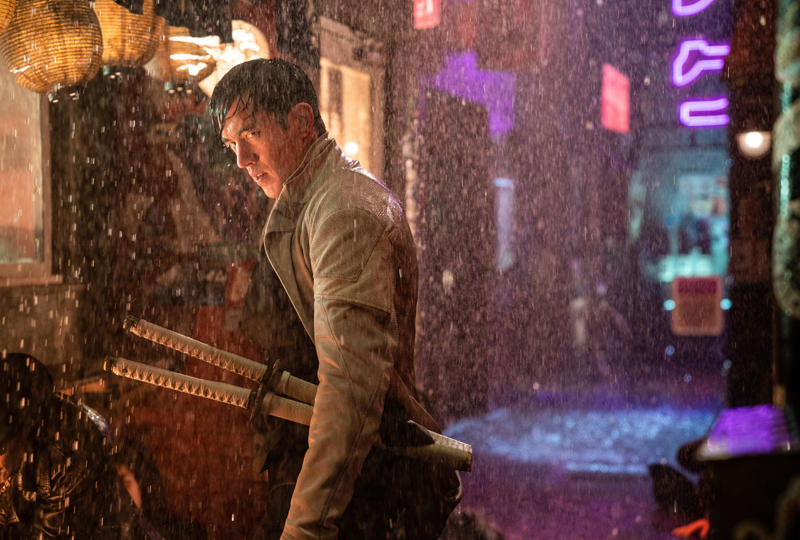 Silly and ponderous, yet morally interesting, action adventure, adapted from the world of Hasbro toys by director Robert Schwentke.

A wandering loner who brawls for money (Henry Golding) finds his life transformed when, under the patronage of the heir (Andrew Koji) to a powerful clan of ninja warriors, he’s offered the chance to train with their leaders. But his loyalties are conflicted by the fact that one of the group’s primary enemies (Takehiro Hira) has the ability to trace his father’s murderer and thus satisfy his lifelong thirst for revenge. Characters torn between good and evil, a message about restraint in the exercise of force and an ethical wrap-up to the protagonist’s quest for payback help to elevate the proceedings out of a macho welter of fancy swordplay and martial-arts fighting.

While it’s a fantasy squarely aimed at adolescent boys, the brutal, though bloodless, nature of the film’s relentless combat may give parents pause.

Frequent harsh but stylized violence, a vengeance theme, fleeting sexual humor, a mild oath, at least one use of rough language, a couple of crass terms. The Catholic News Service classification is A-III — adults. The Motion Picture Association rating is PG-13 — parents strongly cautioned. Some material may be inappropriate for children under 13.