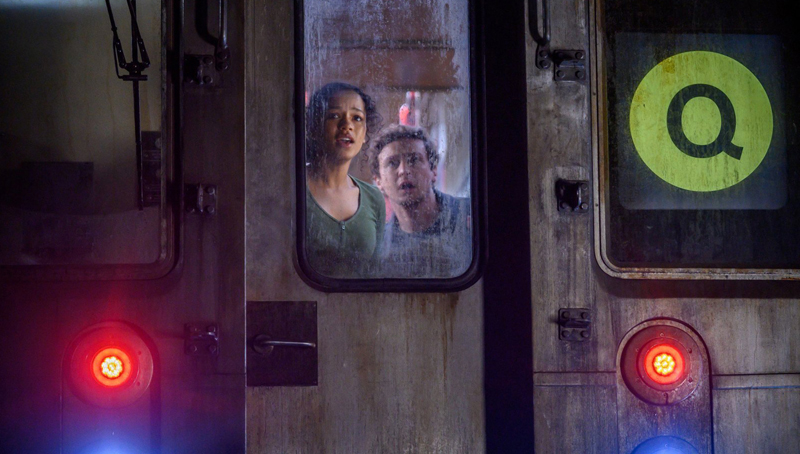 In this follow-up to the 2019 original, the two survivors of the initial ordeal (Taylor Russell and Logan Miller), in which competitors were forced to use ingenuity to escape alive from a series of potentially deadly chambers, are joined by others who have achieved the same feat, and all are tested again by the seemingly invisible yet vastly powerful corporation that tormented them the first time.

As helmed by returning director Adam Robitel, the proceedings mix marginally clever deduction with barely contained hysteria as Will Honley, Maria Melnik and Daniel Tuch’s script weighs altruism against self-preservation. The addition to the ensemble of a well-meaning, though imprudent, priest (Thomas Cocquerel) may prove mildly interesting to believers in the audience. But the vague sadism of the kickoff is still discernible as the filmmakers rinse and repeat.

Much stylized violence, some gory wounds, a few uses of profanity, about a half-dozen milder oaths, at least one rough term, pervasive crude language. The Catholic News Service classification is A-III — adults. The Motion Picture Association rating is PG-13 — parents strongly cautioned. Some material may be inappropriate for children under 13.