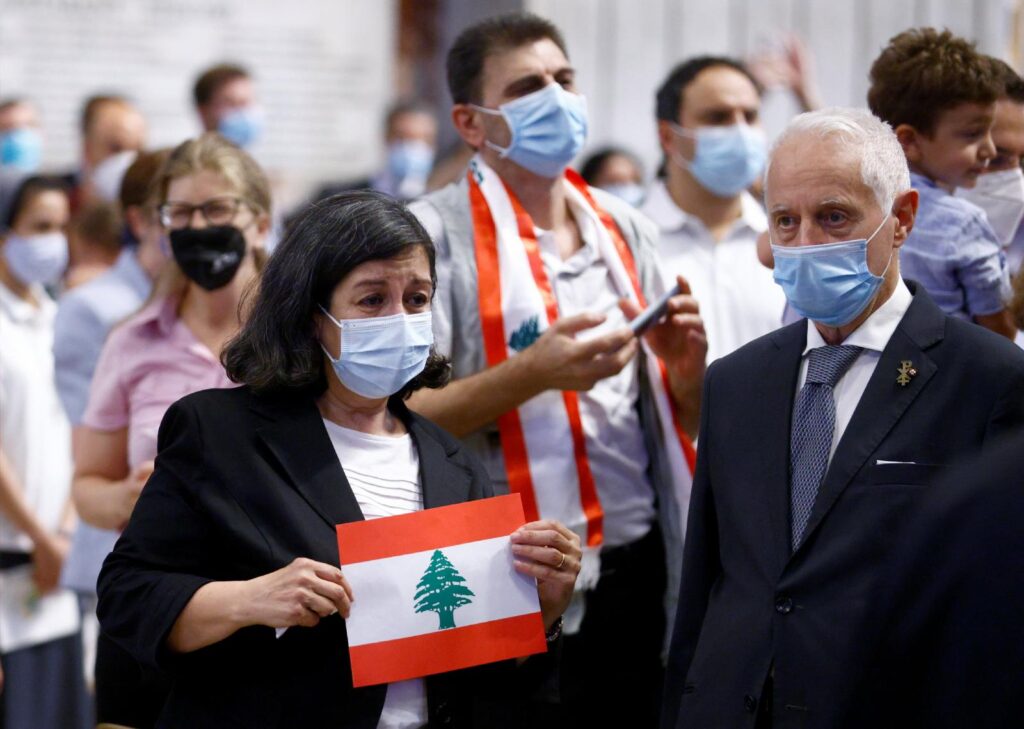 Men and women wait for Pope Francis to lead a prayer on a day of reflection and prayer for Lebanon in St. Peter's Basilica at the Vatican July 1. Bishop Daniel R. Jenky, CSC, has asked parishes to take up a second collection before the end of July to assist Catholics in that troubled nation. (CNS/Guglielmo Mangiapane, pool via Reuters)

Bishop Daniel R. Jenky, CSC, has asked pastors throughout the Diocese of Peoria to take up a second collection before the end of July for Catholics living in the nation of Lebanon.

“They are facing what has been called the worst economic crisis in modern history,” wrote Bishop Jenky in a letter to priests dated July 10. “Indeed, the nation faces a famine, and some are in danger of starvation.”

Bishop Jenky noted that the Lebanese community is “deeply rooted in our diocese.” Some are Latin Rite Catholics while others are Maronite Catholics of the Eastern Rite.

Proceeds from the second collection will be forwarded to Cardinal Bechara Rai, the Maronite patriarch. Cardinal Rai, who has visited Peoria’s St. Sharbel Maronite Church, was one of nine Catholic, Orthodox and Protestant leaders to join Pope Francis on July 1 at St. Peter’s Basilica for a day of prayer and reflection regarding Lebanon and its religious, political, social and economic challenges.

Nearly a year ago, Beirut was rocked by the detonation of a stockpile of ammonium nitrate that had been improperly stored for years. The Aug. 4 blast is considered one of the largest nonnuclear explosions in global history. More than 200 people were killed, more than 6,000 injured and more than 300,000 displaced.