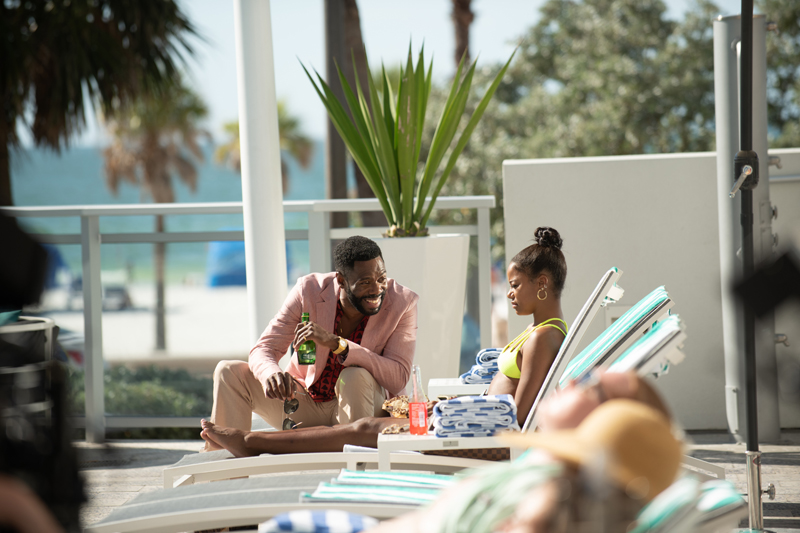 Colman Domingo and Taylour Paige star in a scene from the movie "Zola." The Catholic News Service classification is O -- morally offensive. (CNS/Anna Kooris, A24)

This supposedly fact-based story, directed and co-written by Janicza Bravo, is replete with pornographic content and other objectionable elements.

A stripper who works by day as a waitress (Taylour Paige) befriends a fellow peeler (Riley Keough) and agrees to a weekend trip to Florida. Along for the ride are the latter’s idiotic boyfriend (Nicholas Braun) and a shadowy, brutish driver (Colman Domingo) who turns out to be a pimp.