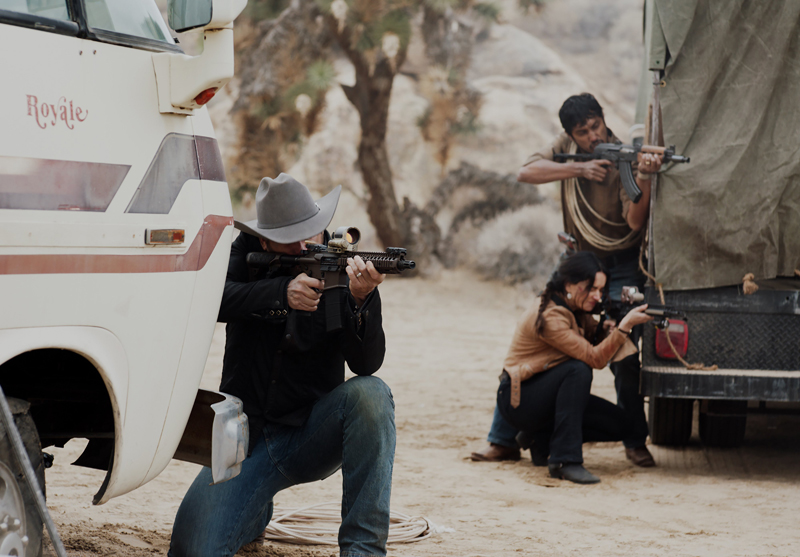 Attempts to lend dignity to this addition to the bloody franchise that began in 2013 by presenting it as a parable about political divisions in the U.S. fail in any way to disguise its essential brutality.

Director Everardo Gout and screenwriter James DeMonaco put a Mexican American couple (Ana de la Reguera and Tenoch Huerta) and various members of the family for whom the husband works as a ranch hand (Will Patton plays its patriarch) through the usual gauntlet of life-threatening jeopardy unleashed when a dystopian version of the federal government allows a temporary suspension of all laws, an arrangement a host of extremists in this iteration want to make permanent.