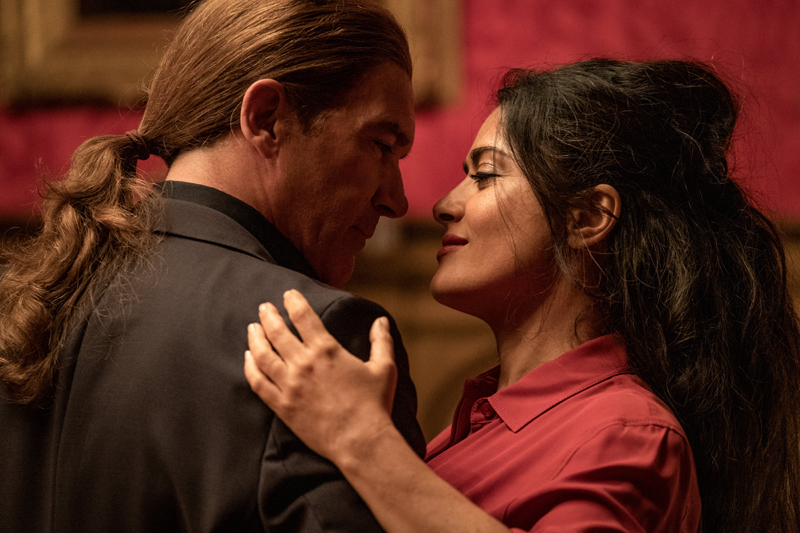 Needlessly gory, this action-comedy sequel also presents a debased view of sexual intimacy between spouses. The couple are the titular contract killer (Samuel L. Jackson) and the con woman (Salma Hayek) he has just married. At the behest of a Boston police officer (Frank Grillo) working for Interpol, the duo is forced to team with the assassin’s nemesis (Ryan Reynolds), a previously successful security specialist now having doubts about his professional future, to thwart a Greek billionaire’s (Antonio Banderas) mad scheme to exact devastating revenge on the European Union for its treatment of his homeland.

In following up on 2017’s “The Hitman’s Bodyguard,” returning director Patrick Hughes mines splatter scenes for shock value and the revulsion of Reynolds’ character on witnessing the vigorous mating of the newlyweds for laughs.