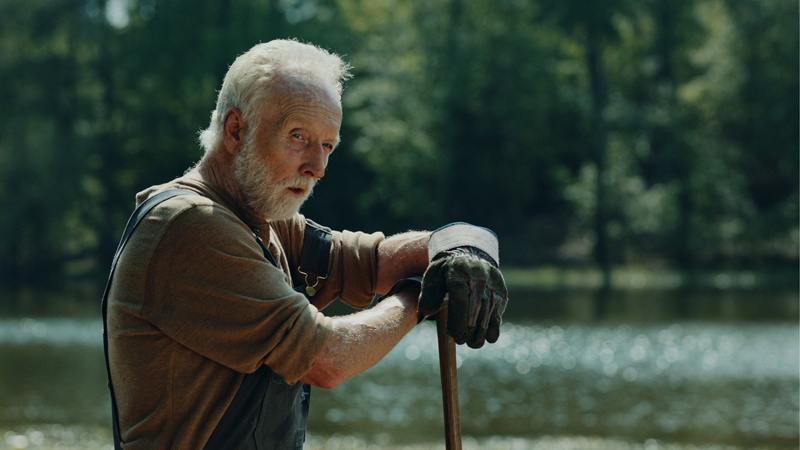 Tobin Bell stars in a scene from the movie "A Father's Legacy." The Catholic News Service classification is A-III -- adults. (CNS/Fathom Events)

Jason Mac wrote, directed and stars in this fatherhood-themed drama, playing a reluctant armed robber who, following a heist in which he was wounded, forcibly takes refuge in the secluded cabin of a solitary widower (Tobin Bell), thus dramatically interrupting the latter’s tranquil routine. Recognizing that his captor is no hardened felon, the older man tends to his injury and, as the intruder convalesces, the two carry on conversations that become increasingly personal and revelatory.

Mac scores big with his pairing of characters who are gruff and conflicted, yet also vulnerable and capable of showing compassion. And the moments of prayer interspersed throughout his script will be especially welcome to believing moviegoers. As a faith-based study of familial relationships, the film could be a good conversation starter for parents and teens, despite the mildly off-color vocabulary that occasionally crops up in the dialogue.

A handful of crass terms. The Catholic News Service classification is A-III — adults. Not rated by the Motion Picture Association.