“The Conjuring: The Devil Made Me Do It” (Warner Bros.) 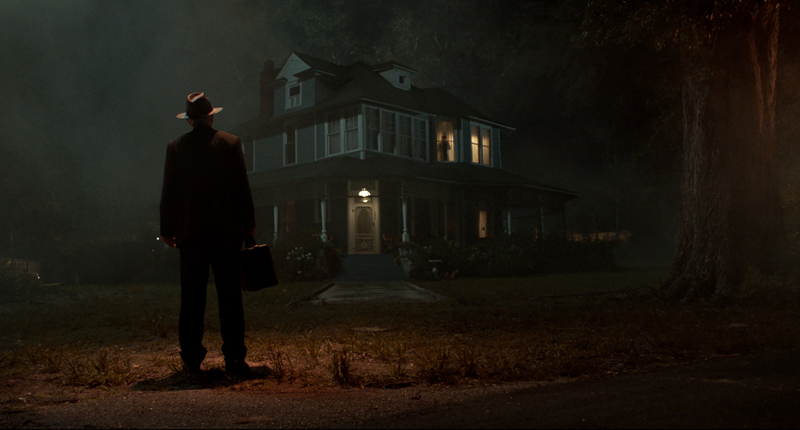 This is a scene from the movie "The Conjuring: The Devil Made Me Do It." The Catholic News Service classification is A-III -- adults. (CNS/Warner Bros.)

In the early 1980s, do-it-yourself exorcists Ed (Patrick Wilson) and Lorraine (Vera Farmiga) Warren work to clear a youth (Ruairi O’Connor) accused of a brutal murder by proving that he was under demonic control when he committed the crime. They’re aided by the accused’s live-in girlfriend (Sarah Catherine Hook) and by an eccentric retired priest (John Noble) whose expertise on devil worship comes bound up with a distinctly fishy personality.

Some gory violence, mature themes including occult activity, brief sensuality in the context of cohabitation, a couple of profanities, a few milder oaths, at least one crude term. The Catholic News Service classification is A-III — adults. The Motion Picture Association rating is R — restricted. Under 17 requires accompanying parent or adult guardian.