My Vocation is Love / By Lindsey Weishar

At the end of September 2020, I participated in The Culture Project’s Restore Culture Virtual Workshops. I was particularly struck by Chenele Shaw’s talk, titled “Why Racism is a Pro-Life Issue.”

Her call was to reframe our language when talking about issues in the context of our Catholic life: “We aren’t being liberal or conservative especially when we’re talking in the Church. You can be orthodox, heterodox, or heretical . . . It is nothing but orthodox to acknowledge the uniqueness and sacredness of persons God has created.” Her invitation, as the title of her talk suggests, is to see the problem of racism as “a pro-life issue” and a “person issue” as opposed to a “partisan issue.”

It seems that now more than ever the call of Catholicism is to rise above political rancor. To have a consistent life ethic is to be, as Shaw says, “equally invested” in a person’s life at every stage. To pursue what St. John Paul II termed the Culture of Life, perhaps it is most useful to see pro-life activity (in its broadest sense) as the hub, and each spoke in the hub as a particular way in which we are called to uphold life: this includes fighting for the lives of the unborn and the elderly, and also for the lives of immigrants, Black people, and the poor and distressed both at home and abroad.

Our responsibility crisscrosses the current political aisle because our faith operates beyond politics, and because any issue involving the human person is first and foremost about the person. When political frames are applied to issues, it becomes easier to categorize and dismiss these issues as “liberal” or “conservative,” a false categorization.

WHEN THE WORLD SAYS TO PICK SIDES

To guide us in our responsibility toward all humans, recent popes have addressed the virtue of solidarity. In a 2008 address to The Pontifical Academy of Social Sciences, Pope Benedict XVI said, “Solidarity refers to the virtue enabling the human family to share fully the treasure of material and spiritual goods and [its counterpart] subsidiarity is the coordination of society’s activities in a way that supports the internal life of the local communities.” In his encyclical Caritas in Veritate, Pope Benedict highlights what solidarity looks like in action: “To love someone is to desire that person’s good and to take effective steps to secure it” (No. 7).

In Sollicitudo Rei Socialis, Saint John Paul II says that solidarity is “a firm and persevering determination to commit oneself to the common good; that is to say, to the good of all and of each individual, because we are all really responsible for all” (No. 38).

This is an incredibly radical call in a world that tells us we must pick sides. It is a call to hold two truths together: that all peoples’ lives are precious and each person’s life is precious. It allows us to see the whole wheel of life issues and each of the spokes individually. Solidarity allows us to say that Black lives matter. It allows us to say that the lives of the unborn matter. We’re called to stand up for each of these issues because each involves a group of people whose lives, both historically and today, have not always been considered sacred, or sometimes, even human.

Likewise, we are called to support people in the myriad ways distress presents itself in their lives. We operate, as Father Josh Johnson says, in the both/and, rather than the either/or.

DON’T SET LIMITS ON OUR LOVE

We’ve now passed the one-year mark of George Floyd’s killing. In light of a recent police killing in Champaign, a May 26th editorial in The News Gazette posed the following question: “Is it possible to honor both fallen Champaign police Officer Christopher Oberheim and George Floyd, a victim of murder by a police officer? It has to be if we are to function as a civil society.”

As Catholics, we also must consider: Is it possible to love both the fallen Champaign police officer and the man killed by a police officer in Minnesota? This is what a consistent life ethic calls us to. And it actually calls us even further, as Pope Benedict makes clear:

“true solidarity – though it begins with an acknowledgment of the equal worth of the other – comes to fulfilment only when I willingly place my life at the service of the other (cf. Eph 6:21). Herein lies the “vertical” dimension of solidarity: I am moved to make myself less than the other so as to minister to his or her needs (cf. Jn 13:14-15), just as Jesus “humbled himself” so as to give men and women a share in his divine life with the Father and the Spirit (cf. Phil 2:8; Mt 23:12).”

This is not an easy call. Though our political lives are important, my prayer is that our politics do not set limits on our love. In the practice of solidarity, perhaps the call is to wrestle with the issues of our day — to ask questions, to pursue answers, to be less satisfied with voices that broker division for division’s sake, to draw ever closer to our families, neighbors, and communities. May we see them as God sees us: with boundless, borderless love.

Looking for ways to practice solidarity? Here are a few: 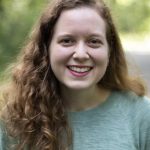 Lindsey Weishar is a poet, freelance writer, and member of St. Matthew Parish in Champaign. An assistant editor at The Young Catholic Woman, she has a master of fine arts in creative writing from the University of Missouri-Kansas City. Write to her at lweisharwriting@gmail.com.