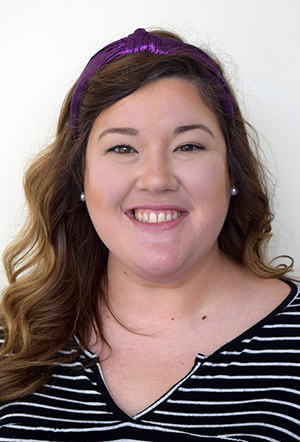 Carla Oliver has joined the Curia of the Diocese of Peoria as an administrative assistant in the Office of Vocations.

A native of Texas City, Texas, Oliver is a 2014 graduate of Stephen F. Austin State University with a bachelor’s degree in middle school education. She has four years of teaching experience, including the past two as a math and science teacher at Our Lady of Fatima School in her hometown.

In addition, Oliver was in campus ministry for two years as a missionary with the Fellowship of Catholic University Students (FOCUS). During the 2014-15 school year she served at Western Connecticut State University, and the following year at West Virginia University.

She is also a former administrator of the Pines Catholic Camp in Big Sandy, Texas.

Oliver learned of the opening at the diocesan vocations office through a former FOCUS missionary who had experience working for Father Chase Hilgenbrinck, vocation director of recruitment. She knew of the Diocese of Peoria through others in the FOCUS community, had visited central Illinois a few times to celebrate holidays with friends, and had found “kind and compassionate people who are living out missionary discipleship within their parishes.”

Oliver, who will reside in Bloomington, said her duties will include supporting the efforts of Father Hilgenbrinck and Father Patrick Henehan, vocation director of formation. She will gradually take on a leadership role in Totus Tuus, the summer youth faith formation program sponsored by the Office of Vocations, and will be involved in training this year’s teams. (See related story.)

“I am really excited about being able to support a diocese that I really believe in, and in such a vital way,” said Oliver, hoping to draw on the various experiences gained through her past “adventures” in her new role. She began her duties on May 24.