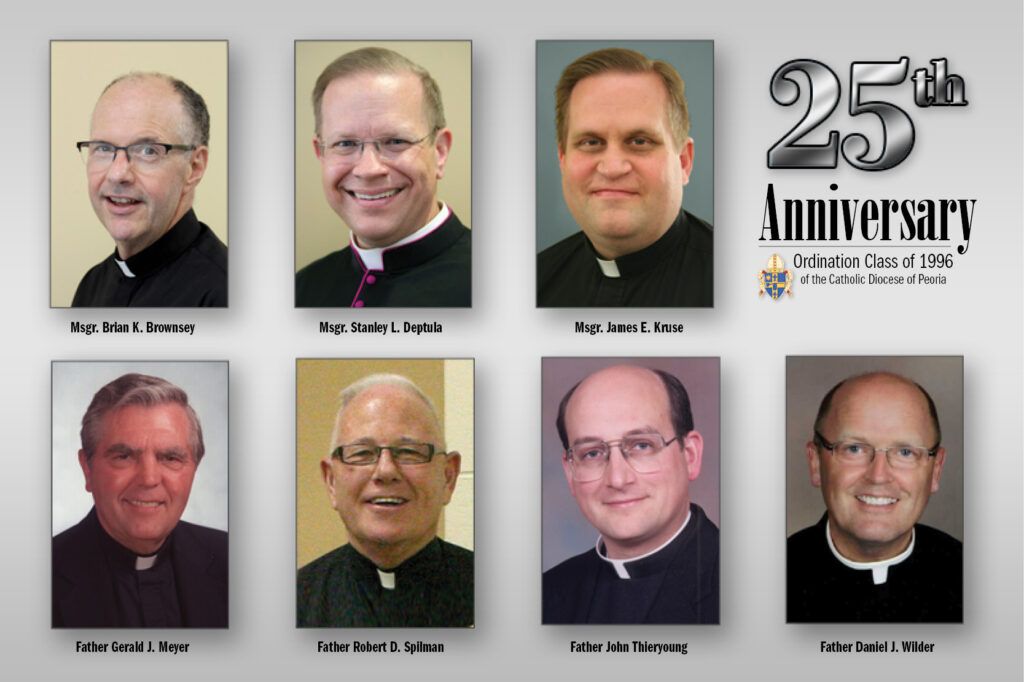 Eleven priests ministering in the Diocese of Peoria are celebrating the 25th anniversary of their ordinations in 2021.

Profiles of each of the above priests — as featured in the Jubilarians 2021 special section of the May 23 edition of The Catholic Post — are found by clicking on their names. In addition to information about their assignments and plans for a celebration, the profiles offer an opportunity for the silver jubilarians to answer questions about their priestly experiences over the last 25 years.

Joining them is Coadjutor Bishop Louis Tylka, who was ordained on May 18, 1996, by Cardinal Joseph Bernardin at Holy Name Cathedral in Chicago.

Rounding out the list are Father Deusdedit Byomuhangi, ordained Aug. 11, 1996, and Father Martin Mwongyera, ordained July 28, 1996, both for the Diocese of Kabale, Uganda; and Father Matthew Abu B. Cole, SMA, who was ordained for the Society of African Missions on July 20, 1996, in Takoradi, Ghana. Their profiles also appeared in Jubilarians 2021, and will be featured on this website individually as their anniversary dates near.