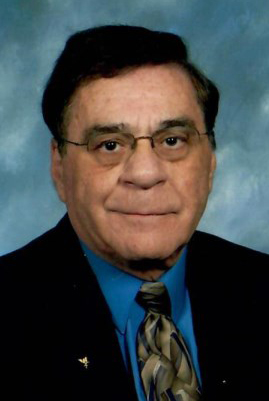 ROCK ISLAND — A Mass of Christian Burial was offered at St. Ambrose Church here on April 30 for Deacon Frank G. Randazzo, a Rock Island resident and member of the first class of permanent deacons ordained for the Diocese of Peoria.

Deacon Randazzo, who served St. Ambrose Parish for many years as well as in other ministries, died on Tuesday, April 27, 2021, at Centennial Rehab and Healthcare in Moline. He was 83.

Born in Detroit, Michigan, on Aug. 20, 1937, to Gasper and Providence Martino Randazzo, he served in the U.S. Army from 1959 to 1961. He then spent nearly nearly three decades as a computer programmer at the Rock Island Arsenal, retiring in 1990.

After Pope Paul VI restored the permanent diaconate in the late 1960s, Deacon Randazzo became a member of the pioneering first class of permanent deacons in the Diocese of Peoria. He was ordained by Bishop Edward W. O’Rourke on Dec. 12, 1976.

In addition to his duties at St. Ambrose Parish, Deacon Randazzo also served as the deacon for the East Moline Correctional Facility and for many years at Franciscan Hospital (currently UnityPoint Health Trinity Rock Island). He was currently a member of St. Pius X Parish in Rock Island, the Secular Order of Franciscans, and the Knights of Columbus.

He was preceded in death by his parents; a brother, Guy Randazzo; a twin sister, Anna Marie Randazzo; and a sister, Frances Owens.

Memorials may be made in care of St. Ambrose Parish, Milan.