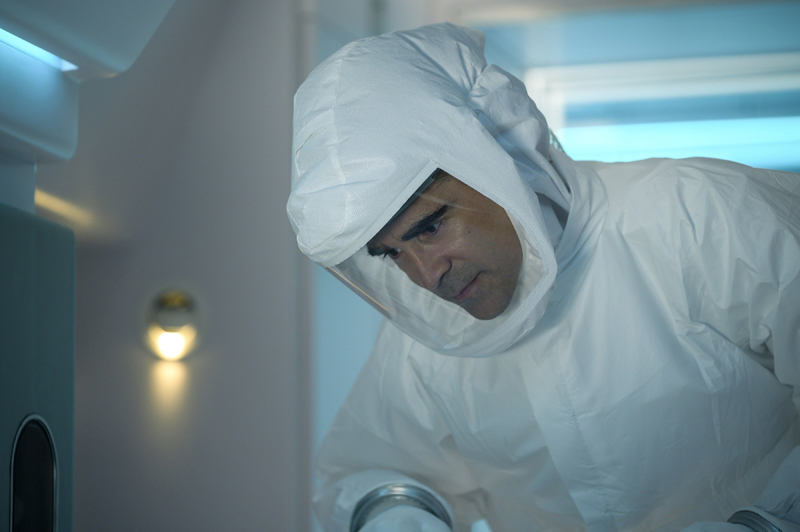 This tedious sci-fi parable about the positive and negative aspects of human nature pits an aggressive, fear-mongering lad (Fionn Whitehead) against a gentler peer (Tye Sheridan) for the leadership of their fellow crew members on board a spaceship staffed by teenagers and bound for a distant planet. The two also become rivals for the favor of a female comrade (Lily-Rose Depp).

Writer-director Neil Burger’s flat thriller, which also features Colin Farrell as the lone adult on the craft, fails to arouse interest in, or sympathy for, its colorless characters and will likely leave viewers feeling lost in space.

Much violence with some gore, considerable sexual content, including an assault, briefly glimpsed but graphic nonmarital activity, an offscreen premarital encounter and artificial insemination. The Catholic News Service classification is A-III — adults. The Motion Picture Association rating is PG-13 — parents strongly cautioned. Some material may be inappropriate for children under 13.