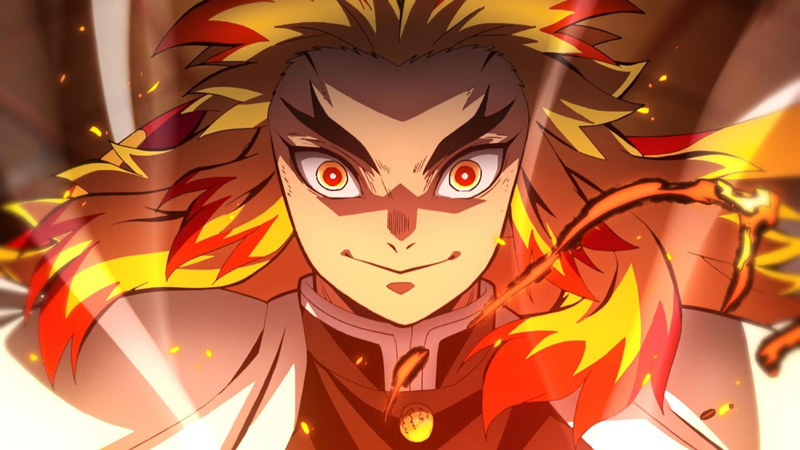 This is an image for the animated movie "Demon Slayer the Movie: Mugen Train." The Catholic News Service classification is A-III -- adults. (CNS/Aniplex of America and Funimation)

Created and marketed, largely if not exclusively, for the fan base of the Japanese comic book and television franchise from which it’s derived, this animated fantasy offers others neither timetable nor roadmap.

As the steam-powered vehicle of the title thunders through the night in early 20th-century Japan, screenwriter Koyoharu Gotoge and director Haruo Sotozaki fill in the backstory of a flame-haired fiend killer (voice of Mark Whitten) while also following the efforts of the boy with whom he eventually allies himself (voice of Zach Aguilar) to figure out why passengers aboard the train keep disappearing. The lad is aided in his investigation by two peers (voices of Bryce Papenbrook and Aleks Le), one of them handy with a blade, the other endowed with superpowers — but only when he’s asleep.