Book of poems, prayers, tells of her healing from abuse, transformation 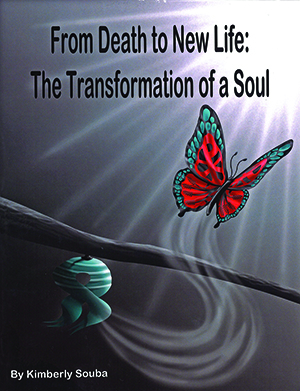 MORRISON — Kimberly Souba didn’t talk about it, but the sexual abuse she suffered as a child still found ways to make itself known and disrupt her life. She struggled with her faith as she continued to experience night terrors so real she was taking a knife to bed with her.

Writing became her outlet and she kept journals from a very young age as she grew up in LaMoille. The poems and prayers she committed to their pages are the basis of her new book, “From Death to New Life: The Transformation of a Soul.” 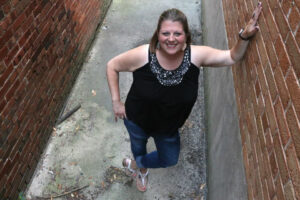 Kimberly Souba, author of “From Death to New Life: The Transformation of a Soul.” (Provided photo)

The result is a book that tells her life story without telling her life story, she said. “I want people to see the transformation.”

Self-published, Souba started putting the 8 ½-by-11-inch paperback together in July 2020 and with the help of friends had the first printing ready to go last November. She intended to make it a Christmas present for her friends, family and adopted family, but it proved to be so healing that a second printing took place in January 2021, and a third printing is planned.

The book is available at Lagron-Miller Company in Peoria, where Souba will have a book signing on Saturday, June 12, from 11 a.m. to 1 p.m. It also can be ordered from amazon.com.

She is donating the proceeds from the sale of “From Death to New Life” to the Center for Prevention of Abuse in Peoria. Souba credits the counseling she received there for helping her to face the trauma inflicted by her mother’s live-in boyfriend, deal with the anger, and find peace.

Now she is the one who visits the center and tells the clients, “I know this stinks now, but you will get through it. You will. I’m living proof.”

When Souba and her twin brother were 10, they went to live with their maternal grandparents, along with their younger sister. She did not know her father until she was in middle school.

It was at LaMoille Community High School that her love for writing made her editor of her school newspaper, The TeenTrib, when she was just a sophomore. Everyone assumed she would go into journalism and she got writing scholarships and prizes, but there was a problem.

“I hated my journalism classes. Hated them,” she said of her time at Illinois Valley Community College in Oglesby. She quit eight credit hours short of graduating.

In 2000 she joined the staff at The Catholic Post, but acknowledges that while she loved her time at the diocesan newspaper, it wasn’t a good fit. Teaching was, however, and she would go on to earn an associate degree at Illinois Central College, and a bachelor’s degree in elementary and middle school education and a master’s degree in educational technology, both at Valley City State University in North Dakota.

It was also during this time that she was discerning a vocation with the Sisters of Mary of the Presentation. She professed her first vows with the North Dakota community and stayed with them for five years.

The book is available at Lagron-Miller Company in Peoria, where Souba will have a book signing on Saturday, June 12, from 11 a.m. to 1 p.m. It also can be ordered from amazon.com.

But during her formation, the night terrors returned.

“I really believe it was God’s providential timing that I was in community at that time,” Souba said. “I was pushing (the abuse) down, repressing everything. But during formation and those times of prayer, it was starting to come back up.”

She said it was God’s way of telling her she was strong enough and had the love of her friends and the Sisters to support her.

She also had the love of good friends like the Wujek family in Mendota, and Deacon Rick and Cheryl Miller. They started to suspect what was going on and connected her with a counselor at the Center for Prevention of Abuse.

Even though Souba said very little during her first sessions, the counselor posed the right questions to get her thinking about things. When she was getting ready to burn her journals, the counselor advised her to wait, saying, “No, I think you need to read those.”

While she didn’t want to go back to those dark places — at 16, for example, she had attempted suicide — she did as the counselor suggested. After pulling poems and prayers from the journals, she burned all but one of them.

“It was so freeing. I felt like a thousand pounds had been lifted off my shoulders,” Souba said. “It was amazing.”

A symbol of that freedom and transformation has been a butterfly. She often wears one somewhere and it figures prominently on the cover of her book. Souba added that she is working on a series of children’s books about a caterpillar who wants to be a butterfly.

There is also a second book of poetry in the works.

Another symbol of her journey is the color teal, which is associated with Sexual Assault Awareness Month. She has her nails done in that color each April to draw attention to the issue.

Red is another special color and she often wears it because it symbolizes strength and courage.

Souba has found joy as a teacher, working at St. Louis in Princeton, St. Matthew in Champaign, St. Mary in Kickapoo, Jordan Catholic in Rock Island, and the East Moline School District before going to Tampico Elementary School three years ago. She has been active in Teens Encounter Christ, serving for two years on the National TEC Board, and continuing as an assistant spiritual director in the Quad Cities.

Healing from sexual abuse hasn’t been easy, but it has given her a keen insight into others who are suffering — including children who are angry or acting out because they don’t know how to talk about what is happening to them.

“The more in tune I get, the more I see the Holy Spirit working,” Souba said.