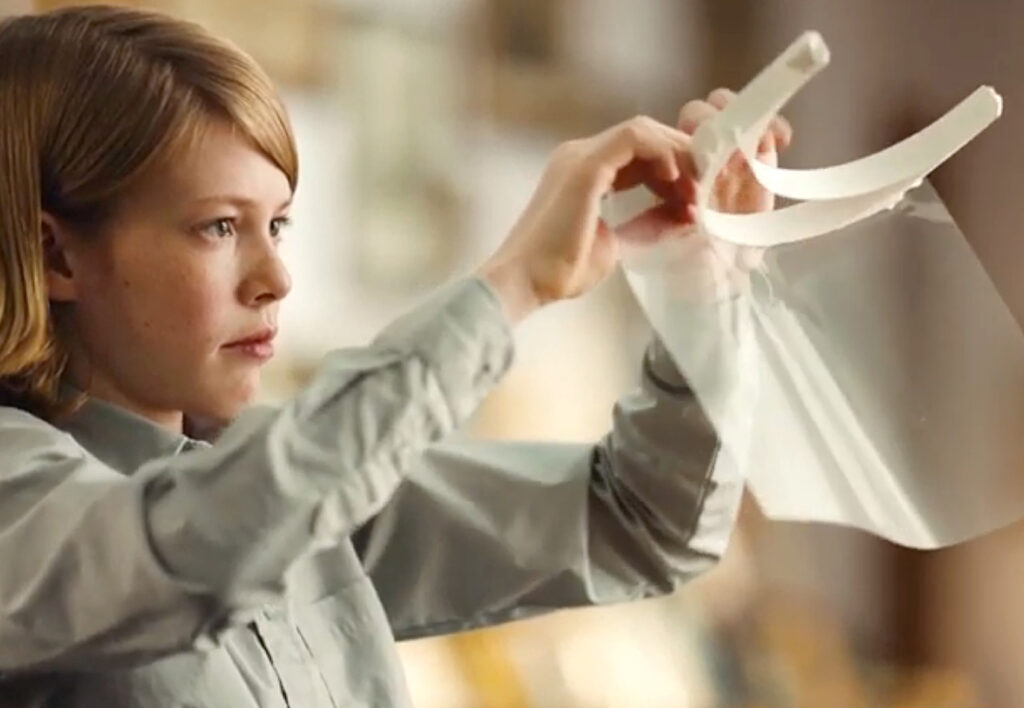 David Simmons of Immaculate Conception School in Monmouth has designed and printed 150 3D face shields for use by doctors and dentists, health departments and hospitals, as well as schools.

MONMOUTH — As cases of COVID-19 spiked last year, so did the need for personal protective equipment, especially among medical professionals. When supply couldn’t keep up with demand, David Simmons decided to do something about it.

“My community has given so much to me — I really wanted to help my community,” said Simmons, an eighth-grader at Immaculate Conception School in Monmouth.

He did just that by designing and printing 3D face shields that could be used by doctors and dentists, health departments and hospitals, as well as schools. In the last year, Simmons has made 150 of them and takes joy in seeing people wearing them. 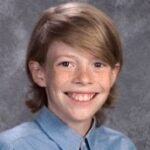 USCellular took notice, too, and has given “The Future of Good” Award to him. The honor comes with a $10,000 prize, which he intends to use to make more face shields, develop future projects, and help people.

“All of us at Immaculate Conception School are very proud of David’s accomplishment and we hope his service is an inspiration to others at ICS and in the Monmouth community,” said Randy Frakes, principal.

Simmons was nominated for the award by Dr. Abdul Royeen of the Cass County Health Department. It was his Facebook post about the need for more PPE that caught Simmons’ eye.

“I had the resources and I had the time. By the time I started making these and distributing them I wasn’t in school anymore,” Simmons said, explaining that the Immaculate Conception students had been sent home to do remote learning only.

“There were a few designs that I was thinking about. He helped me choose which one would be best for his application,” he said of Dr. Royeen. “He also helped me think about what things they’d need and how I should give them to him, how many they’d need, things like that.”

Simmons printed 12 face shields and gave that first batch to Dr. Royeen, who let it be known on Facebook how much he liked them and how much they were helping.

As demand grew, Simmons started offering them to anyone in need.

He focused on face shields rather than masks because the masks were already widespread and easy to get.

“I wanted to use my talents and the skills I had acquired,” Simmons told The Catholic Post. “And face shields were things that people were wanting in conjunction with masks but didn’t have. So I thought that was the perfect thing.”

It takes about three hours to print the components for one face shield and another 15 to 30 minutes to sand them, clean them up, and assemble it.

“If they’re uncomfortable, it there’s a little piece of plastic sticking out or something, then people won’t wear them. So I have to make sure to get them very comfortable and make them work well,” the young inventor said.

He credits his parents, Michelle and Robert Simmons, professors at Monmouth College, for his desire to serve.

“My parents, since I was very young, have instilled kindness in me as the most important trait that they want me to have,” David Simmons said. “They also have given me a very good work ethic and both of those go into this a lot.”

He is now using his gifts on other projects to help people, such as reminder cards that will help older members of the community keep track of their medication and household tasks.

When he isn’t designing or making things, Simmons participates in every sports team and afterschool program that Immaculate Conception offers, including Scholastic Bowl. There may be a career in engineering in his future.

Simmons offered words of encouragement to others who are thinking about using their skills to help others.

“It is so worth it,” he said. “Even if you fail a few times, when you finally succeed it’s such a fulfilling feeling.”

To see the video featuring Simmons’ project, go to uscellular.com/get-to-know-us/the-future-of-good.