‘Night of Knights’ to honor 9 at Mass, banquet in Rock Island on April 24 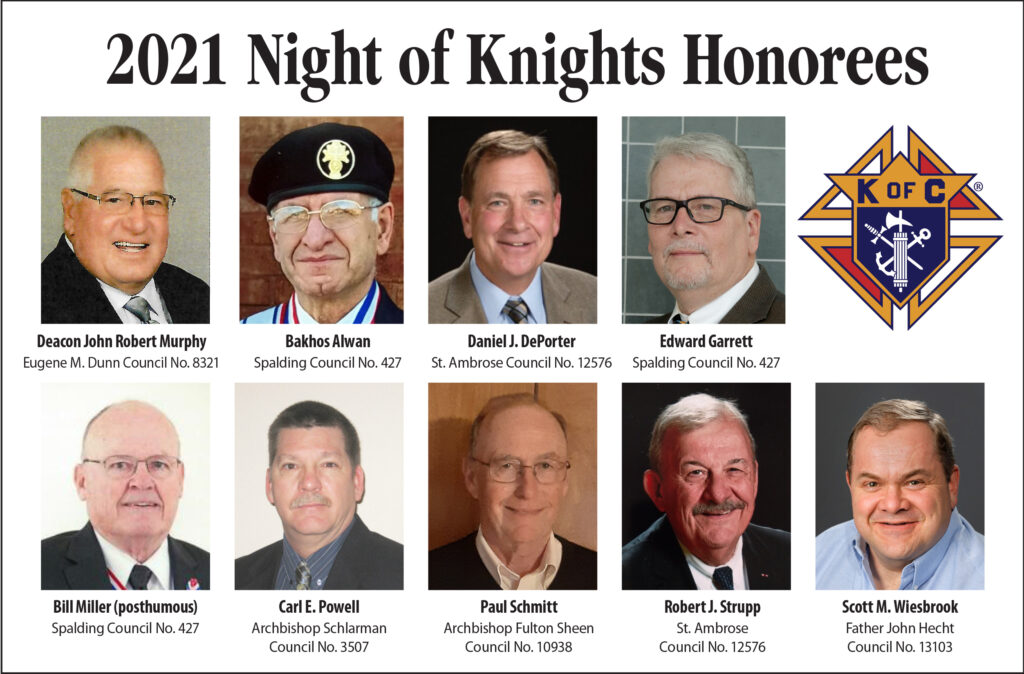 ROCK ISLAND — Nine members of the Knights of Columbus from throughout the Diocese of Peoria will be recognized for outstanding service to the organization as well as to their parishes and communities during the annual Night of Knights Mass and banquet on Saturday, April 24.

The evening will begin with a 4 p.m. Mass at St. Pius X Parish in Rock Island. The recognition banquet will follow at the Stern Center, 1713 3rd Ave., also in Rock Island, with a social hour at 5 p.m. followed by dinner at 6 p.m.

Reservations for the banquet are required by April 9. Cost is $25 each, or $20 per child 10 and under. The menu will include roast beef and broasted chicken.

Reservations can be made through local councils or mailed to Mike Appell, Chapter Treasurer, 124 W. Copperfield Drive, Dunlap, IL 61525. Checks should be made payable to “K of C Peoria Chapter.” For more information, contact Appell at michael.appell@gmail.com or (309) 360-3396.

The venue for the banquet is large enough to ensure social distancing. While last year’s Mass and Banquet had to be canceled because of the COVID-19 pandemic, honors were still bestowed on eight 2020 recipients, who were profiled in the Feb. 28 edition of The Catholic Post.

Following are brief biographies of the 2021 Night of Knights honorees: 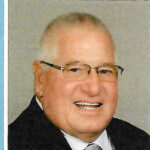 Deacon Murphy is an honorary life member with 36 years of service to the Knights of Columbus. He has served his council as grand knight twice as well as vocations director, life director, and faith director and is currently a council trustee.

Ordained a permanent deacon in 1992, he served his parish — Immaculate Conception in Lacon — as well as St. John XXIII in Henry, transitioning to senior status in 2016. He has been involved in renewal programs including WATCH, Christ Renews His Parish, and Cursillo.

Active in community service, he picks up meals from the food pantry for delivery to senior citizens and has worked in maintenance and volunteered as a van transport driver for St. Joseph Nursing Home. He bakes cookies and banana bread for the sick, and he and his family prepare a yearly Thanksgiving meal for parishioners.

Deacon Murphy and his wife Sharon have been married 56 years and have five children. 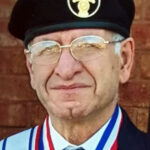 A member of the Knights of Columbus for 25 years, Alwan has been a chancellor and is currently a trustee of his council as well as the inside guard for the Peoria Chapter.

He sets up the clubhouse hall for meetings and the dining room for Friday night dinners, clergy dinners, and the chili cook-off. He also assists the annual Coats for Kids and Intellectually Disabled (Tootsie Roll) drives.

He is an active member of St. Sharbel Parish, where he is a cross bearer for Mass, an usher, and a host at the parish’s annual food festival and feast day celebrations. In the community, Alwan assists at ITOO Society functions and helps cook and serve lunch at a senior living complex twice a month. He was the primary caregiver for his mother before her death and tends to the needs of his aunt and homebound brother. 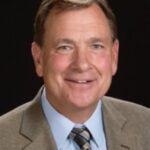 A 26-year member of the Knights of Columbus, as grand knight DePorter guided his council to achieve the Star Council award and increased attendance and activities. He chaired the pro-life pancake breakfast and the taco dinner committee; helped chair and serve meals for the homeless; served dinners for seminary scholarships, and organized the Christopher Columbus Mass and brunch.

At St. Ambrose Parish he is an extraordinary minister of Holy Communion, sacristan, lector, usher/greeter, and has taught religious education. He has served on the parish council, stewardship committee, and has led Christ Renews His Parish weekends. In addition, he does parish maintenance including snow shoveling, grass mowing, and disinfecting the church after Mass.

DePorter is a board member for Teens Encounter Christ and has led its weekend retreats. He volunteers at the Women’s Choice Center and helped raise funds for Habitat for Humanity.

He and his wife Lisa have six children. 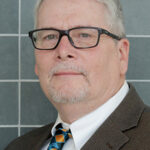 In his eight years as a Knight, Garrett has been his council’s deputy grand knight, grand knight and trustee. He led the Coats for Kids campaign and clergy dinners for two years and volunteers at Friday night dinners.

A member of St. Ann Parish, he has served on the WATCH program and is involved with the charismatic prayer group. Active in Cursillo, he has served on Ultreya teams and orders and purchases food for the weekends.

A leader with the Central Illinois American Society of Plumbing Engineers, his community service includes involvement in the United Way, Alzheimer’s Association, and Neighborhood House. He is a soccer coach, Cub Scout den leader and Cub Scout master for his district.

Garrett and his wife Judy have been married for 38 years and have three children. 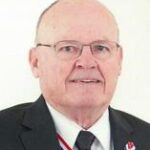 A 10-year member of the Knights at the time of his death last September, Miller was a past-president of the Spalding Council Home Corporation and later served as a director.

He was an active member of St. Philomena Parish, serving as a trustee of the church endowment fund, president of the men’s club (and emcee at its club smokers), and as a member of the building fund and building and grounds committees. He was an extraordinary minister of Holy Communion and lector.

He is also remembered for his service in Scouting and to seminarians. As a Scout Master, he was a recipient of the St. George Award for outstanding guidance in spiritual development, and served for five years as president of the Seminarian Support group. He also served on the board of the South Side Office of Concern.

Miller and his wife Jane were married 53 years and have two children. 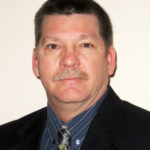 Powell has served as all the chairs of his council during his 17 years as a Knight, and was grand knight twice. He assisted in building ramps for those with handicaps, headed repairs of the old council building, and led fish frys for the council and church.

At St. Joseph Parish, he is a member of the parish council, on the parish security and church sanitation teams, an usher, and adult altar server.

He and his wife Cathy have been married for 37 years and have four children. 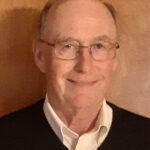 A Knight for 27 years, Schmitt is a past district deputy, grand knight, deputy grand knight, financial secretary and trustee. He started the “40 Cans for Lent” program that has grown to more than 3,000 items being donated each year. He has chaired the council’s and district’s Free Throw Contest for six years and provides a meal at council meetings every other month to encourage attendance.

At St. Mary Parish he has been a trustee and Annual Diocesan Appeal coordinator for seven years. He serves as a lector, extraordinary minister of Holy Communion, usher, and adult altar server. He leads the rosary every Friday and has built church furnishings including kneelers, a confessional, a back altar, tabernacle stand, and holy oil cabinet.

In the community, Schmitt has served for 12 years on the El Paso School Board. He has been American Legion Commander and on its funeral honor guard. He was a coach for boys’ baseball and girls’ softball, and supports the Women’s Care Center, food pantry, and Special Olympics. He has received the Distinguished Toastmaster award.

He and his wife Beth have been married 44 years and have five children. 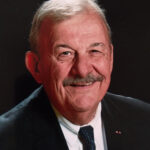 Strupp is a 27-year member of the Knights of Columbus who has served as grand knight, financial secretary, chancellor, and youth and vocations director of his council. In addition, he has chaired the council’s taco supper, pancake breakfast and seder meals. He has received the Knight of the Year and Distinguished Grand Knight awards.

At St. Ambrose Parish, he is a lector, extraordinary minister of Holy Communion, and altar server. He has built the church’s main altar, seating for the priest and servers, and an altar of repose and tabernacle. He has also restored the angel and Sacred Heart statues.

He and his wife Sharon have been married for 53 years and have two children. 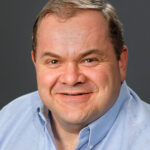 A 24-year member of the Knights of Columbus, Wiesbrook has served as grand knight, financial secretary, treasurer, recorder and trustee of his council. Under his guidance as grand knight, the council achieved the Double Star Council Award. He founded and chaired the First Degree team and chairs the council’s Lenten fish frys, roadside cleanup committee and essay contest. He also created and maintains the council’s website. He has received the Knight of the Year and Family of the Year awards.

At St. Thomas Parish, Wiesbrook is a lector and extraordinary minister of Holy Communion. He organized the replacement of the rectory room and the remodel of the former convent; replaced the flooring in the school office and refinished the gym bleachers.

He participates in the Polar Plunge for Special Olympics and the committee to solicit donations for a school addition.

He and his wife Michelle have been married for 21 years and have three children.