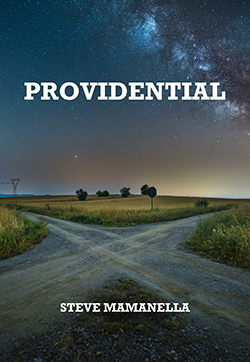 A friend refers to Steve Mamanella as the “Catholic Forrest Gump” because of his involvement in several major church events, including the visits of two future saints — Mother Teresa to Peoria in 1995 and Pope John Paul II to St. Louis in 1999.

But if life is like a box of chocolates, as Gump’s mother says in the movie because “you never know what you’re going to get,” Mamanella — a former communications director for the Diocese of Peoria — believes God’s hand is at work in arranging the assortment. 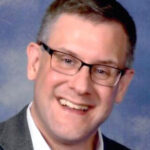 Mamanella is the author of a new book, “Providential,” an autobiographical exploration of the gift of God’s providence.

In the book’s introduction, he defines providence as “how the hand of God works in our lives in conjunction with our free will.”

“I am convinced that God is blessing us in ways we often are unable to comprehend in the moment,” says first-time author Mamanella, a veteran Catholic communicator who shares providential anecdotes from his own life throughout the 300-page paperback, published earlier this month by En Route Books and Media of St. Louis. He hopes the book helps readers “come to a greater understanding of and appreciation for the role of God’s providence in their own lives” and leads them to share their stories of God’s love and care with others.

After graduating from Bradley University, Mamanella worked for the Diocese of Peoria from 1992 to 1997 — first as administrative assistant for communications to Bishop John J. Myers and later as diocesan communications director. His recollections from those years include inside looks at his working relationships with Bishop Myers and the late Msgr. James Campbell, vicar general; his role in launching the diocese’s first internet website; and coordinating media relations for Mother Teresa’s visit as well as the diocese’s first Eucharistic Congress.

He later would serve in communications for the Archdiocese of St. Louis from 1998 to 2002, years bracketed by the triumphant visit of Pope John Paul II and the mushrooming of the clergy sexual abuse scandal.

Mamanella said it was “an unforgettable privilege” to be part of the former. Of the latter, he laments that as he faced the media week after week at times “I felt like I had become little more than the spokesman for pedophilia” and eventually “I could not endure one more call.”

“I am convinced that God is blessing us in ways we often are unable to comprehend in the moment.” — Steve Mamanella

But in retrospect, Mamanella sees the thread of God’s providence in his life’s joys and sorrows, triumphs and disappointments. The difficult experience of the abuse crisis, for example, would help him 15 years later when a school run by a religious community confronted scandals shortly after he began serving there in communications and public relations.

Readers will relate to many of Mamanella’s tales of God’s providence, including how a bad roommate experience in his freshman year at Bradley led to him living at the Newman Center, which led to him meeting his wife, Tricia. The couple has two sons and Steve — who also served in communications for a Catholic health system — now owns his own communications company, Owl Creek, in the St. Louis area.

The book features a foreword by Msgr. Brian Brownsey, pastor of St. Mark Parish in Peoria and chaplain/director of the Newman Foundation at Bradley University. Msgr. Brownsey shares the “line of succession” experiences of several Newman students in recent years and links them with the common thread of Divine Providence.

Msgr. Brownsey’s description of life’s choices as road intersections is symbolized in the book’s cover art.

Among those offering praise for “Providential” on the back cover is Msgr. Steven Rohlfs, with whom Mamanella also worked closely while with the Peoria Diocese.

“God is always accompanying us on our journey toward him and allowing us to intersect with other people in seemingly simple but often profound ways,” writes Msgr. Rohlfs, who held several diocesan leadership posts and is now a senior priest. “Those who read this book will find it both enjoyable and refreshingly insightful about their own journey to the Lord.”

“Providential” is available through your local Catholic bookstore. Both paperback and Kindle versions may be ordered through Amazon.

Looking back, do you see God’s hand at work in seemingly chance meetings or insignificant decisions or actions that later affected the course of your life and faith? We’d love to share your stories in a future edition of The Catholic Post.