Catholic Spirit Radio to mark decade of service in Bloomington-Normal, beyond 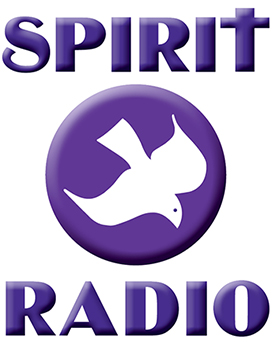 Catholic Spirit Radio — serving McLean, Livingston and Logan counties — will mark 10 years since its founding in Bloomington-Normal on March 9.

The station is an affiliate of EWTN Global Catholic Radio, and the network will air a message about the anniversary throughout the day.

According to a station history compiled for the anniversary, WSPI was granted its license in 2008 and originally played popular Christian music on a low-wattage signal.

“My goal was to reach the most people possible with the truth of the Catholic faith,” said Hall, who obtained a more powerful transmitter and antenna. WSPI began transmitting the EWTN Global Catholic Radio signal for the first time on March 9, 2011. It carried the new name of Catholic Spirit Radio and operates under the corporate banner of 2820 Communications, Inc. The name reflects Jesus’ “Great Commission” to “go and make disciples” found in the Gospel of Matthew, Chapter 28, verses 19-20.

The station can also be heard online at catholicspiritradio.com, using the “Spirit Radio 89.5” listening app for Android and iOS, or on Alexa by saying “Alexa, play Catholic Spirit Radio 89.5.”

The station is a listener-supported 501 (c)(3) non-profit and has a modern production studio in Normal.

While the pandemic will limit the anniversary celebration, the station is conducting an on-air and on Facebook “birthday/anniversary card campaign” between now and March 9 seeking support. Participants are invited to send a birthday or anniversary card to Catholic Spirit Radio, 108 Boeykens Place, Normal, IL 61761. Those donating $100 or more will receive a coffee cup featuring Mother Angelica’s image.

Following is a list of Catholic radio stations heard within the Diocese of Peoria: