‘St. Joseph and His World’ is a timely, providential book for his special year 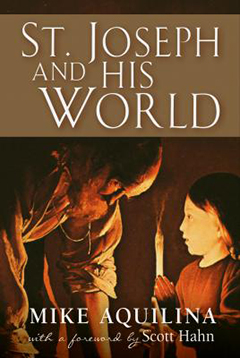 Mike Aquilina, vice president of the St. Paul Center for Biblical Theology in Steubenville, Ohio, and a specialist on early Church history and the Church Fathers, has recently written a book about St. Joseph detailing his world, his responsibilities, and roles as a first century Jew and Davidic heir. The book is appropriately named “St. Joseph and His World.”

This providential undertaking, especially in this year of St. Joseph, provides key insights into the places and times of Joseph of Nazareth. Aquilina’s book is a suitable entry in the quest to know more about St. Joseph.

How does one write a book about St. Joseph based upon what is presented in Scripture? St. Joseph is a man of few words; he says nothing in Scripture.

Aquilina proves up to the task when he takes a comparative approach in writing about St. Joseph. In perhaps the greatest strength of the work, and utilizing an ancient writing tactic, Aquilina uses King Herod as a comparative to St. Joseph in the context of first century Judean society and culture. The actions which they took within this societal and cultural context and the situations that they found themselves a part of are used to juxtapose the differences between the two men.

Aquilina admits, “A man like St. Joseph can become indistinct when we talk too much about him. In this book, I want to talk about his world” (vi). He begins by detailing the village of Nazareth, a town filled with the rightful heirs of King David. The name “Nazareth” even means “village of the shoot or twig,” calling to mind the prophecy of Isaiah 11. King David’s descendants, despite all that had happened to them in the intervening years up to the time of Christ, remained “intensely aware of their mission and purpose in history” (16). In this environment, the boy whose name means “God will increase” was born.

Aquilina then begins his juxtaposition of Herod and St. Joseph and the history leading up to their time. Herod was a Gentile by birth, but followed the Law of Moses. He tried hard to be fully accepted by his subjects, yet they remained wary of him. The messianic expectation was high at this moment in history. Some were persuaded that Herod was the messiah, but this was impossible owing to his Gentile birth and his lifestyle. St. Joseph’s family surely knew of the gossip regarding Herod, but they remained as they had for centuries — trusting in God’s ultimate plan.

Herod was adept at architecture, building, and diplomacy; St. Joseph at his artistic craft and living in obscurity. St. Joseph learned the carpentry trade from his father and worked alongside his other relatives. He had a good reputation which brought in clients. His work was excellent. We know because he “was known even after death as ‘the carpenter’” (42). He was a strong and faithful man. St. Joseph practiced his faith in simplicity and devotion. His religious practice influenced his life and his deep faith allowed him to know and act on the will of God. Herod only acted for his own grandeur and his faith was mostly for show.

An interesting section of the book involves the background to the betrothal of St. Joseph and the Blessed Virgin. St. Joseph’s betrothal to Mary, his kinswoman and fellow Nazarene, was not a surprise for them. They knew each other as children and grew up together and their marriage was most likely arranged years before. Perhaps they were also influenced by the Essene community, a Jewish sect, and its ascetical practices, agreeing to remain continent in their marriage. It could explain Mary’s reaction to the angel’s announcement and the subsequent reaction of St. Joseph to the news.

Here the book presents three theories regarding St. Joseph and his reaction to Mary’s pregnancy, this reviewer’s favorite part. Each theory has saints that have supported it throughout the ages. They are: the suspicion theory, the perplexity theory, and the reverence theory. The reverence theory seems the most convincing. St. Joseph knew the prophecy concerning the virginal conception of the messiah. His kinfolk were awaiting with an expectation higher than most. His awe at the idea most likely overtook him, as well as feelings of unworthiness. However, St. Joseph “decides he will cooperate just long enough to protect Mary’s secret and then make a quiet exit” (53). But that was not God’s plan, of course.

Following that most intriguing chapter, Aquilina then presents chapters on St. Joseph and his angelic experiences, the Holy Family’s flight from Herod and subsequent return, his work as a carpenter and apprenticing of Jesus, his role in handing on the faith and the religious traditions of the Jews to Jesus, and finally an important note on prudence. Each chapter builds upon the next, offering ever deepening insights into the world of Judea in the first century and the experiences of a man who played (and continues to play) one of the greatest roles in salvation history.

St. Joseph was a man guided by prudence — “practical wisdom that enables right action” (115). May we take our example from St. Joseph, especially now. Ite ad Ioseph! God was right in choosing him to be the earthly father of His Divine Son. Learn more and pick up a copy of “St. Joseph and His World.” You will never see St. Joseph in the same light as before. 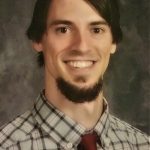 MATTHEW VANDER VENNET is director of advancement and development at The High School of Saint Thomas More in Champaign and a member of The Catholic Post’s book review team.