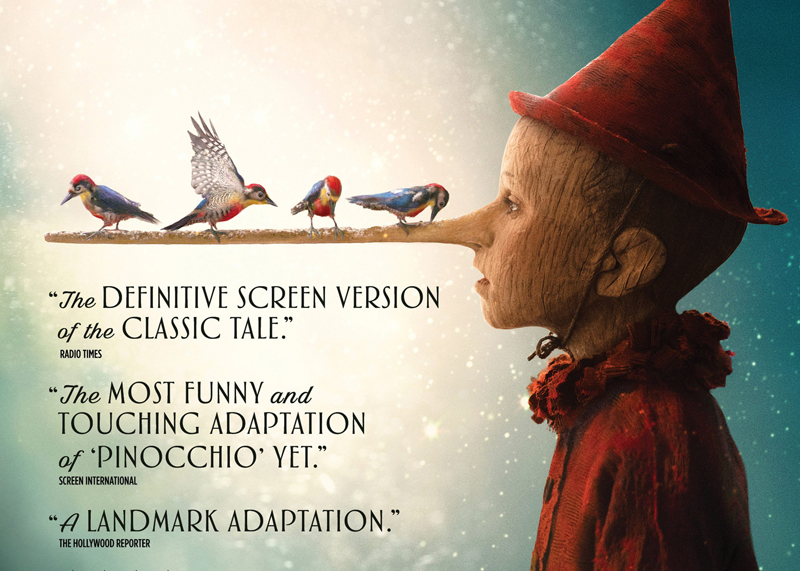 This is the movie poster for "Pinocchio." The Catholic News Service classification is A-II -- adults and adolescents. (CNS/Roadside Attractions)

Italian director Matteo Garrone’s live-action version of Carlo Collodi’s 1883 novel, which he also who co-wrote with Massimo Ceccherini, is scrupulously faithful to the grotesqueries of its source material. As such, it falls well short of what anyone might regard as straightforward family entertainment.

A woodcutter (Roberto Benigni) carves the marionette (Federico Ielapi) of the title from a log with a strange life force within it. The resulting quasi-human figurine then faces a series of dangerous situations involving, among other threats, repeated brushes with fire, the wicked impresario (Gigi Proietti) of a puppet theater, swindlers (Ceccherini and Rocco Papaleo) and a gigantic dogfish. He cheerfully ignores the warnings of a large talking cricket (Davide Marotta) and so has to be rescued over and over by a fairy (Alida Baldari Calabria as a child, Marine Vacth as an adult). Eventually, he learns a lesson about the importance of empathy and sacrifice. But the journey that gets him there is dark one.