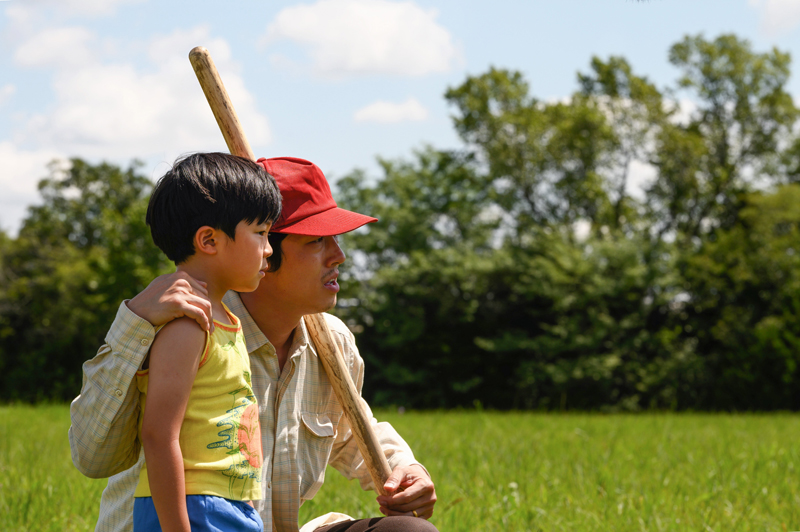 This is a scene from the movie "Minari." The Catholic News Service classification is A-III -- adults. (CNS/Melissa Lukenbaugh, A24)

Set in the 1980s, and loosely based on the childhood experiences of writer-director Lee Isaac Chung, this gentle mix of drama and comedy explores the immigrant experience from a Korean-American perspective while also charting the struggles and triumphs of family life.

An aspiring produce farmer (Steven Yeun), his wife (Yeri Han) and their two children (Alan Kim and Noel Kate Cho) move from California to rural Arkansas where the tedious nature of the couple’s work in a chicken hatchery, together with the outlay of money Dad dedicates to his dream, inspires constant bickering. Another source of friction is introduced when the children’s maternal grandmother (Yuh-jung Youn) relocates from Korea and joins the household to help look after them. The film’s strength lies in its understated presentation of universal themes concerning marriage, parenting, and familial bonds in general.

Probably acceptable for mature adolescents. Fleeting crude and crass language, a suicide reference. The Catholic News Service classification is A-III — adults. The Motion Picture Association rating is PG-13 — parents strongly cautioned. Some material may be inappropriate for children under 13.