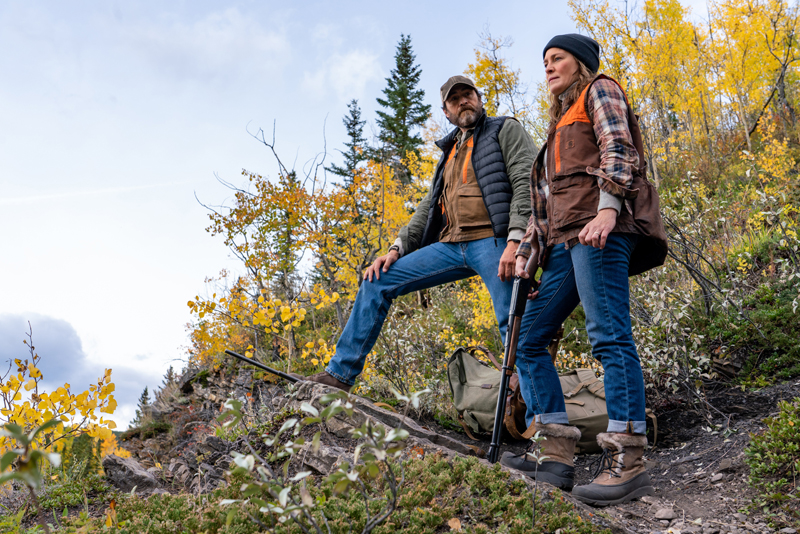 In actress Robin Wright’s feature debut as a director, she also plays a woman so paralyzed by grief over the loss of her husband and young son that she leaves the world behind to become a hermit in a small, isolated cabin amid the mountains of Wyoming. Having deprived herself of a car or any other form of transport, she must hunt and fish to survive but quickly discovers just how poorly prepared she is for the rigors of life in the wilderness. After a severe crisis, she gains the help and instruction of a local man (Demian Bichir) with whom she gradually forms a healing bond of friendship.

Wright’s meditative drama features long silences and sweeping views of a magnificent, unspoiled landscape. Yet witnessing the physical and spiritual purgation her character undergoes, while a valuable experience, is not an easy one.

Authentic emotions and humane values in a film of serious intent. Probably acceptable for mature adolescents. A suicide theme, nongraphic marital sensuality, brief partial nudity, animal gore, at least one use of profanity, a few milder oaths. The Catholic News Service classification is A-III — adults. The Motion Picture Association rating is PG-13 — parents strongly cautioned. Some material may be inappropriate for children under 13.