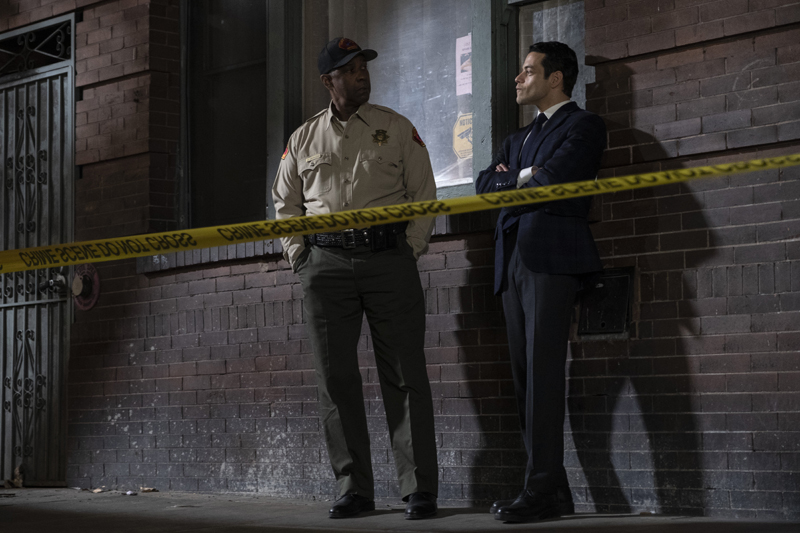 Brooding crime drama, set in 1990 Los Angeles, in which a former LAPD officer (Denzel Washington) who burned out over a murder case and now works for a small sheriff’s department makes a brief return visit to the city and is recruited by a homicide sergeant (Rami Malek) to help solve a string of similar killings. But proving the guilt of the suspect (Jared Leto) on whom the duo eventually focuses remains an elusive goal.

Some scattered references to religious faith are worked into writer-director John Lee Hancock’s script as he seeks to explore moral ambiguity in the context of police work, though his treatment of this theme ultimately feels more muddled than finely balanced.

Gruesome post-mortem images, while justified by the context, are not for the squeamish. Gory and disturbing sights, upper female and partial nudity, a few mild oaths, about a half-dozen rough terms, considerable crude and crass language. The Catholic News Service classification is A-III — adults. The Motion Picture Association rating is R — restricted. Under 17 requires accompanying parent or adult guardian.