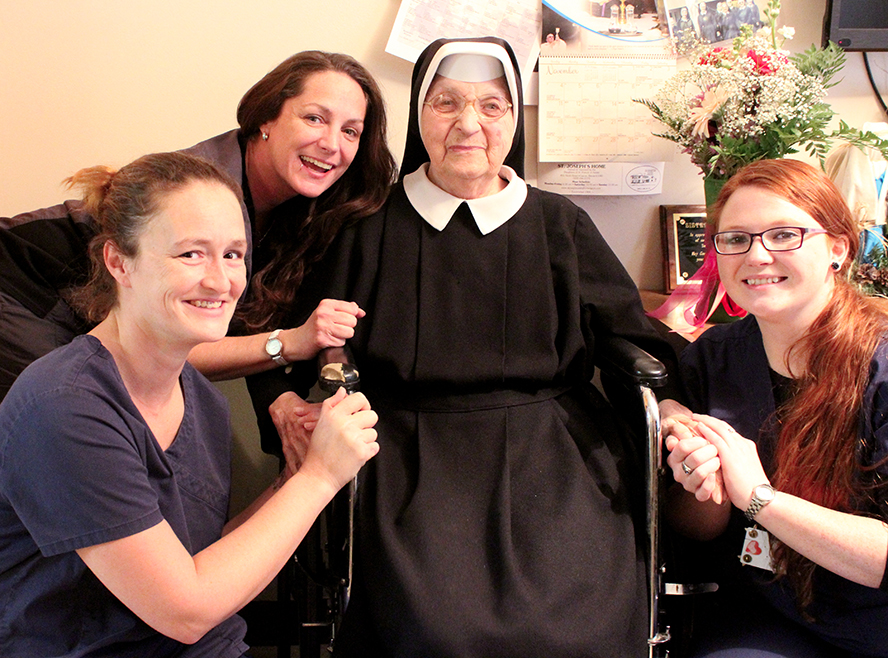 LACON — A private Mass of Christian Burial was offered Jan. 30 for Sister M. Alphonse Husak, DSF, one of 15 members of the Daughters of St. Francis of Assisi who traveled from Slovakia to central Illinois in 1946 to establish a new branch of the religious community in the United States.

The Mass took place at the Daughters of St. Francis of Assisi motherhouse in Lacon. Burial followed in Immaculate Conception Cemetery. 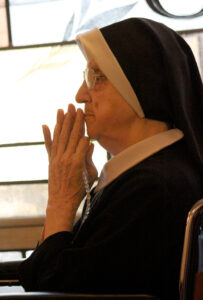 When the mother general came to the convent and said she was looking for some of the Sisters to travel to the United States to establish a province of the community there, Sister Alphonse raised her hand. “Come on, let’s go,” she said to Sister Ludmilla Roman, and they became part of the pioneering group that settled in central Illinois.

Sister Alphonse earned her nursing degree through St. Mary’s Hospital in Kankakee. She would go on to serve as a nurse and director of nursing, specializing in labor and delivery, for more than 45 years St. Francis Hospital in Mountain View, Missouri, before retiring to the motherhouse in Lacon.

She celebrated the 75th anniversary of her religious vows in 2019.

When she was featured by The Catholic Post in 2018, it was her reliance on God and deep prayer life that people spoke of most.

“She never sought attention or thanks. She was selfless,” Sister M. Michael Fox, DSF, said then. “She gave everything to God, his work, never neglecting her spiritual duties.”

Sister Alphonse is survived by her sister, Frantiska, and brother, Stephen, both in Slovakia, as well as her sisters in Christ, the Daughters of St. Francis of Assisi.

Memorials may be made to the Congregation of the Daughters of St. Francis of Assisi, 507 N. Prairie St., Lacon, IL 61540.