An honest, humble look inward before judging could help us . . . and the world 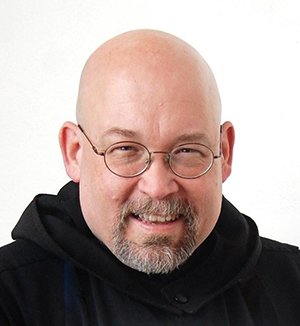 The gospels of Matthew, Mark and Luke are referred to as the “synoptic” gospels, a word that comes from the Greek words for “same” and “vision”; the synoptic gospels have a similar viewpoint and style of writing. These three evangelists seem to have had common sources for their narratives or borrowed material from each other. Some passages are nearly identical, word for word, between them.

But for all their similarities, each evangelist made use of his own creativity and vision, guided by the Holy Spirit, to highlight certain events in Jesus’ ministry, or to emphasize a particular theme in Jesus’ preaching. In this Sunday’s gospel passage, Mark emphasizes Jesus’ authority as a teacher, and his divine power over evil.

Mark tells us “The people were astonished at his teaching, for he taught them as one having authority and not as the scribes.” It was the custom of the scribes of the day to teach by quoting the rabbis of bygone eras. But evidently Jesus expounded on the Scriptures in a new way: by speaking in his own name, as one with his own authority. He is literally the author/creator of everything, and he himself is the Word of God.

Ironically, the people of Capernaum are unaware of the extent of Jesus’ authority, but the evil spirit in the gospel knew it well: “What have you to do with us, Jesus of Nazareth? I know who you are — the Holy One of God!” The evil spirit knows Jesus as God, even fears him, but refuses to submit to his authority.

Before we dismiss this story as an expression of ancient superstition, we do well to remember that it points up a most contemporary phenomenon: people who profess to be Christians but whose actions and attitudes do not conform to gospel values. Jesus himself warned us: “Not everyone who says to me, ‘Lord, Lord,’ will enter the kingdom of heaven,* but only the one who does the will of my Father in heaven.” (Matthew 7:21)

I have an acquaintance who recently bemoaned the lack of charity or even ordinary courtesy in the current political climate. “Everyone is so hateful!” he lamented. Yet I clearly remember some of his Facebook posts during the election which were both vulgar and vitriolic. So before we condemn “all those evil people out there,” let us remember there are plenty of examples of disobedience and hypocrisy close at hand, (starting with the monk at the computer right now!).

We might reassure ourselves that we haven’t killed anybody, or committed adultery, not stolen or told a big lie. But Jesus also said that if you despise your neighbors or hold anger in your heart, it’s another way of killing them. Refusing to forgive a wrong done to us makes us just as guilty as the one who has wronged us, judging others makes us subject to judgment.

So the next time we start to say something like, “If only those liberals weren’t so (insert favorite condemnation)” or “If only those conservatives really understood (insert personal conviction here),” let’s stop and reflect for a moment. Maybe we’d be better off — no, maybe the world would be better off — if we could say with sincerity and humility: “If only I weren’t so afraid of committing myself to Christ, I could really change for the better. If only I really understood the depths of God’s mercy, I could learn to love as I should. If I only I would put on the mind and heart of Jesus, then. . . .”

FATHER DOMINIC GARRAMONE, OSB, is a monk of St. Bede Abbey in Peru, where he serves as subprior and choirmaster. He also heads the religion department and serves as drama director at St. Bede Academy.