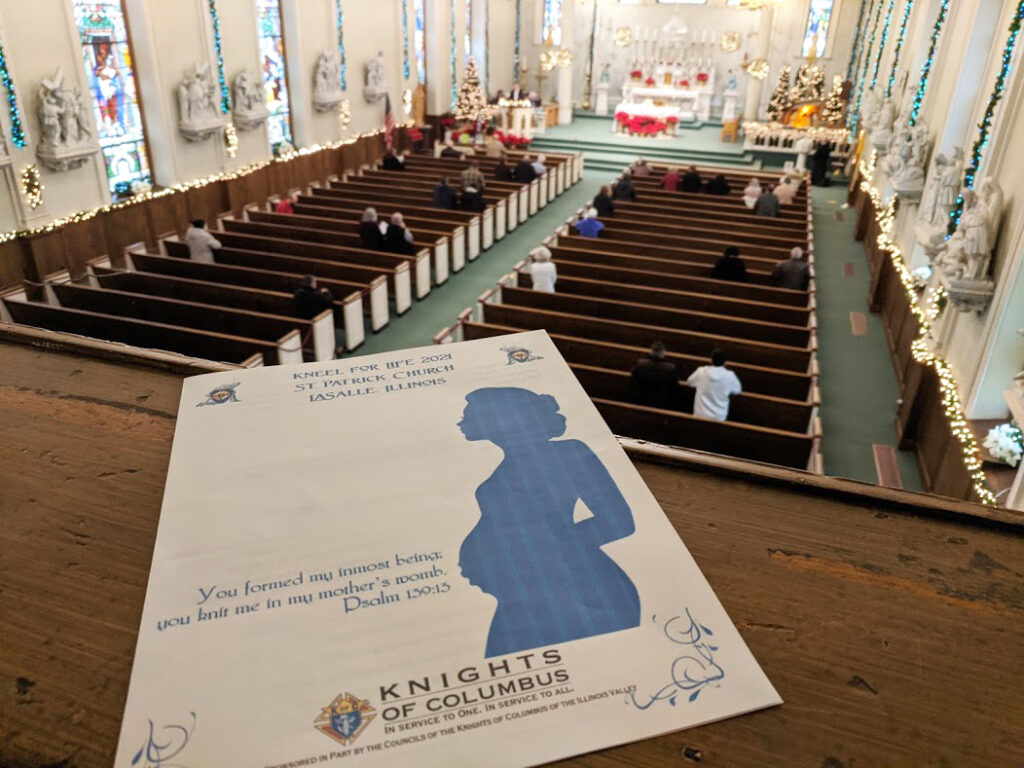 A program for the Jan. 16 "Kneel for Life" morning of prayer is seen in the choir loft of St. Patrick Church in LaSalle. The day, sponsored in part by the Knights of Columbus councils of the Illinois Valley, included a rosary, Mass, and the Divine Mercy Chaplet seeking protection for unborn children. (Provided photo/Sue Calderon)

LASALLE — Those seeking to protect unborn children were called to a “revolution” on Jan. 16, one not fought with violence but won by prayer and lives reflecting the sacrificial love of Jesus.

Such was the challenge of two priests speaking at a “Kneel for Life” prayer morning planned by the Knights of Columbus councils of the Illinois Valley and hosted Saturday at St. Patrick Church in LaSalle. It was among the first of the annual observances in the Diocese of Peoria commemorating the Jan. 22 anniversary of the 1973 Supreme Court decisions legalizing abortion.

“We’re Christians and our role is to stand up for the most vulnerable,” said Father Timothy Hepner in his homily.

“We’re Christians and it is our role to stand up for the most vulnerable,” said Father Tim Hepner, homilist at a Mass following a “Beads for Life” rosary that lifted various pro-life intentions.

Calling protection of the unborn “the most important social justice and moral issue of our time,” Father Hepner – administrator of St. Louis Parish in Princeton – said the culture of life revolution has many “battlefronts,” including legal, educational, and charitable. But the most important one, he claimed, is the battle for “the human heart.”

To win hearts, Father Hepner encouraged pro-life advocates to model their lives on the servanthood and self-sacrifice shown by Jesus, Mary, and the early disciples. Such a life “affirms the dignity of every person we encounter” — including showing “a reverence for those we disagree with, those who are doing what is wrong.”

The service was livestreamed, and is archived for future viewing, at lasallecatholic.org and on its Facebook page.

The principal celebrant of the Mass was Father Tom Otto, parochial vicar of the LaSalle Catholic Parishes, who voiced similar thoughts in an address prior to the morning’s opening rosary. 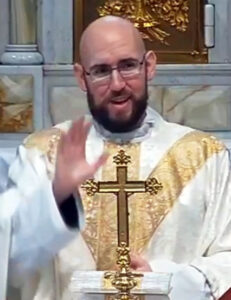 Father Tom Otto, parochial vicar for the LaSalle Catholic parishes, blesses the assembly at the end of Mass at “Kneel for Life” at St. Patrick Church.

The pandemic, he said, has forced us to make significant life changes for the sake of vulnerable members of society. “This way of living is something very pro-life,” said Father Otto, saying he hopes it has a lasting effect.

Regarding the vaccines now being administered, Father Otto acknowledged concerns regarding the “very remote” involvement of cell lines from an abortion decades ago in the vaccines’ development. “We want research to be as pro-life as possible,” he said. But Father Otto noted that Catholic leaders have said it is not only ethically acceptable to receive the vaccines, but doing so can be viewed as “an act of charity” toward vulnerable members of society.

Finally, Father Otto urged prayers for President Biden — a church-going Catholic whose pro-abortion voting record “presents a challenge to us as Catholics.”

Those attending were welcomed by Andy Wujek, financial secretary for the Knights of Columbus’ Mendota Council 2090 and representing Knights from eight other councils in the Starved Rock Assembly. He explained that the councils usually sponsor buses to March for Life Chicago, which had to be revised this year because of the pandemic. The morning of prayer duplicated a service they would regularly attend at Our Lady of Sorrows Basilica on those bus trips. 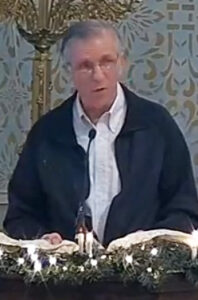 The “Beads for Life” rosary utilized the Joyful Mysteries. Each decade had a different intention, including for all unborn children in their mother’s womb; for all parents expecting babies; for the family and friends of those expecting babies; for the conversion of those who believe in, promote, or perform abortions; and for society. Each bead of the rosary then had a more specific prayer within those general intentions.

“All true pro-life activity begins with prayer,” said Father Otto in thanking participants at the close of Mass. “But it doesn’t end there,” he said in encouraging them to continue their work on behalf of the sanctity of human life.