What is God saying to us in Advent 2020, asks Abbot Philip of St. Bede Abbey, Peru 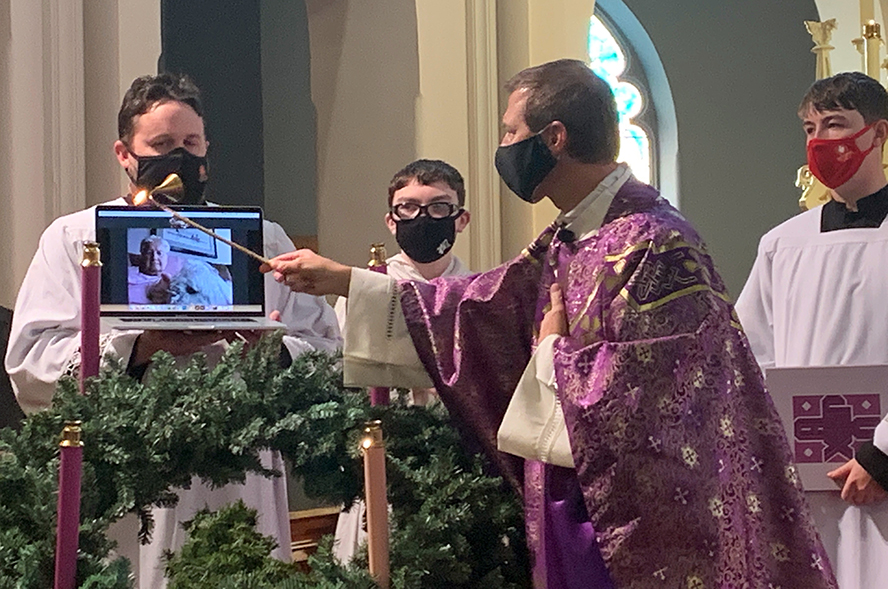 PERU — At a time when many people are feeling fatigued by all the watching and waiting they have been doing for months as a result of the pandemic, Advent invites them to turn it around and consider the ways in which that can be a grace and a gift, according to Abbot Philip Davey, OSB, of St. Bede Abbey. “Is it asking us to, in a sense, appreciate and be with one another? To be family and not have everyone running around and doing their own thing? For having more time and focus perhaps for prayer?” he said.

Approached the right way, Advent this year can be a time to build relationships as well as fortitude. Abbot Philip said that will help people learn how to be together and continue to grow even without COVID-19 realities making it necessary for families to shelter together.

This is also a valuable time to consider how God is speaking to us and what we’re called to do as a result, he told The Catholic Post. Scripture is a good place to start.

There are graces and insights to be had, if people do that, he explained.

Abbot Philip suggested that people explore the monastic practice of lectio divina or “divine reading.” It involves reading a passage from Scripture, seeing what speaks to you and reflecting on that, and then praying about that.

“That leads to the greater sense and realization that God is speaking to us and speaking a word that is individual, for each person, while it’s for everybody at the same time,” Abbot Philip said.

Being united with Christ in the word creates a hunger for Christ in the Eucharist, he told The Post. That relationship sometimes leads to joy and sometimes to challenge and can be unique to each person.

Abbot Philip recommended finding a devotional booklet, often available in parishes or at Catholic book stores, that contains the readings of the day and reflections.

Even in a monastic community like St. Bede, where Advent is celebrated intentionally each year, there are always new things to be learned.

“It’s a matter of discipline and doing that with the mindset that says God is always speaking and it’s not stale stuff. It’s ‘Listen and you will receive,’” Abbot Philip said. “What is God speaking today, not what did God speak two years ago?”

PHOTO CAPTION: With many Catholics staying home because of COVID-19 concerns, Sacred Heart Parish in Rock Island found a way to more fully involve those members during Advent liturgies. At the beginning of each weekend Mass, a parishioner at home is connected via video with those at church to “virtually” light candles on the Advent wreath.

In the photo above, Msgr. Mark Merdian does the lighting Nov. 29 on the first Sunday of Advent as Sharon Cramer is seen on a screen held by Chris Mandle, parish trustee who also coordinates altar servers and liturgy planning. Cramer said she was “emotionally overwhelmed” by the experience, citing sadness for not being able to be at church and joy at being united through technology. “I so love and miss our church and our church family,” she said. Msgr. Merdian, pastor of St. Pius X Parish in Rock Island, was a guest celebrant that day. (Provided photo/Tim Smith)