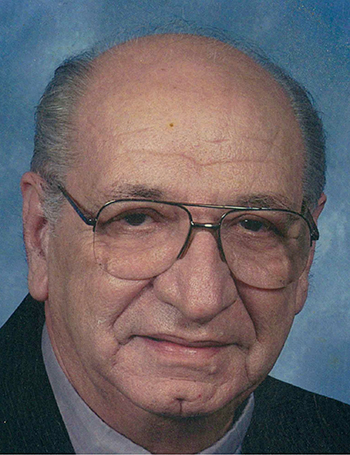 A funeral Mass will be celebrated at 11 a.m. on Wednesday, Dec. 9, at St. Vincent de Paul Church in Peoria for Deacon Thomas “Tom” N. DeBernardis, a permanent deacon on senior status who served the parish from 2002 to 2010.

Visitation will take place two hours prior to the funeral Mass at the church. Concelebrants of the funeral Mass will be Father Stephen Willard, pastor of St. Vincent de Paul, and Father Thomas Taylor, parochial vicar.

Born in Altoona, Pennsylvania, on July 10, 1935 to Nazzareno and Maria (Turchetta) DeBernardis, he was a graduate of Altoona High School and served in the U.S. Air Force.

Deacon DeBernardis’ career included work at Murray’s and Graybar Electric in the Peoria area, and he retired from Duracell.  He began studies for the permanent diaconate and was a member of the seventh class of deacons ordained for service to the diocese. He was ordained on May 18, 2002, and served at St. Vincent De Paul Parish in Peoria until his transition to senior status in 2010.

In addition to his wife, Betty, he is survived by a daughter, Celeste Cecil of Peoria; two sons, Victor (Cathy) of Elmhurst, and John (Julie) of Algonquin; seven grandchildren; eight great-grandchildren; a sister, Sylvia Dinardo; and two sisters-in-law, Anna and Irene DeBernardis, all from Altoona, Pennsylvania; as well as many nieces and nephews.

He was preceded in death by a sister, Celeste, and three brothers: Leonard, Benedict, and Joseph.

Memorials may be made to St. Vincent de Paul Catholic Church.