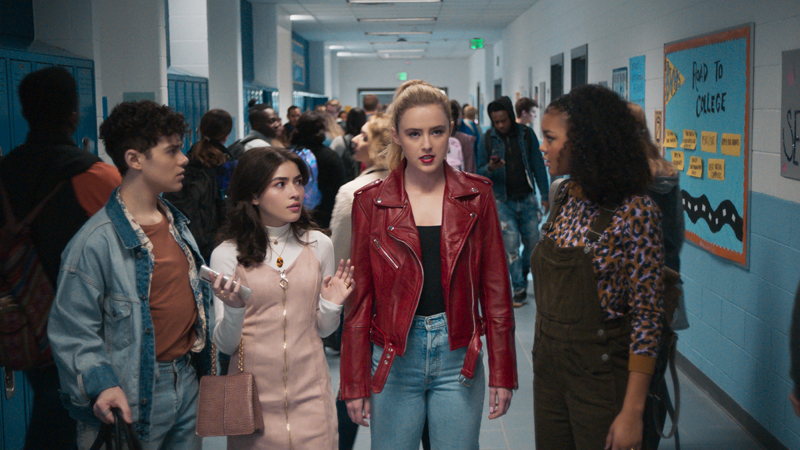 Gruesome bloodletting squelches any potential enjoyment that might be had from this combination of horror and comedy, intended as a teen-victim slasher movie riff on the body-swapping genre typified by the various film adaptations of author Mary Rodgers’ 1972 children’s novel “Freaky Friday.”

In this case, the exchange takes place between a vicious serial killer (Vince Vaughn) and the misfit high schooler (Kathryn Newton) who is about to become his latest victim when the mysterious alchemy of his murder weapon, an exotic knife purloined from one of his earlier crime scenes, switches their souls. As the predator takes advantage of his newfound disguise, the student and her two best friends (Celeste O’Connor and Misha Osherovich) scramble to reverse the spell, which will become permanent if not undone within 24 hours.

Chatter promoting notions of sexual fluidity to which Osherovich’s openly gay character is a principal contributor further hobbles director and co-writer Christopher Landon’s picture, though compared to the misuse to which the shop-class table saw gets put, such misguided dialogue seems a mere distraction.