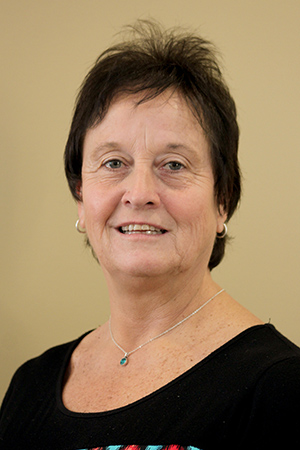 WESTVILLE — After more than 30 years as president of the busy Altar and Rosary Society at St. Mary Parish here, Mary Ann Hughes knows firsthand the benefits that membership offers to Catholic women and parishes alike. As the new president of the Peoria Diocesan Council of Catholic Women, she’s hoping to spread the word.

“One of the goals that I have is to visit more sister parishes. It’s something that I think is important,” she said during a recent telephone interview. “I would like to see more parishes affiliate with us so they understand how we can help them.”

Hughes said that between the National Council of Catholic Women and the PDCCW there are many resources and programs that can help parish women’s groups “refresh” and “reboot,” if that is what they want.

“I’m hoping I can add on to the good that has been done by our past presidents and expand the knowledge and training. We can do that,” she told The Catholic Post.

Hughes was appointed president of the Peoria Diocesan Council of Catholic Women by Bishop Daniel R. Jenky, CSC, and installed at the biennial convention on Oct. 10. She succeeds Kim Padan, a member of St. Paul Parish in Danville, who will remain on the board as immediate past president.

The Danville region has been fertile ground for leadership. The president before Padan was Agnes Christman, also of St. Paul in Danville, and she is the one who recruited Hughes to serve on the PDCCW board.

The invitation was extended at a May Crowning and by the following fall, Hughes was attending meetings. Christman, Padan and Hughes would carpool to Peoria for the monthly gatherings along with Marjorie Jordan of Danville, but soon she was making the trips with Padan.

“Kim and I have become really close,” Hughes said. “If I ever have a mentor when it comes to this organization — she’s been amazing. I’ve met with her twice already. She’s given me materials. She’s walked me through things.”

In addition to meeting more people and extending invitations of her own, Hughes hopes to build on what Padan has done in finding ways to keep people connected during the pandemic. That includes arranging conference calls for prayer and the virtual convention in October when meeting in person was not possible.

Born in Paris, Illinois, to hardworking parents Jack and Rose Dowling, Hughes moved to Danville with her family when she was 19. Three years later she married Jim, who was from Westville and it didn’t take long for them to relocate as they started their family.

She credits her sister, Suzie Armstrong, for setting her on the path she has followed to the leadership of the PDCCW.

“When I was a young bride I asked, ‘How do you meet people?’ She said, ‘The best way to get to know people is to get active in your church,’” Hughes recalled. “She was very active at her church.”

Hughes joined the Altar and Rosary Society at St. Mary, but it eventually ceased to function for four or five years. When the pastor asked her if she would get it started again, she agreed.

Serving with her over these many years has been JoAnn Thompson as vice president and Janet Greene as secretary and treasurer. They have tried to invite others to take leadership roles, but likely candidates have declined.

“You, JoAnn and Janet are doing such a good job. You just stay on,” is what Hughes usually hears.

“I love it,” she admits. “My faith and my church are so much of who I believe I am. I have other interests, but everything circles around my faith. It’s my focal point.”

Hughes is quick to add that they don’t have to do everything by themselves, however, because the people at St. Mary “step up.”

“They’re so dedicated. That’s what makes it easy for me,” she said. “You’re only as good as the people who support you.”

Hughes worked at Quaker Oats in Danville for 30 years. She said it was a blessing when her job was eliminated in 2009 because she was able to spend time with her grandson until he went to school.

She took the test to be a teacher’s aide and has worked with special needs students at Judith Giacoma School in Westville as needed.

She still has plenty of time to meet and talk to parish women’s groups and help them in any way she can. Hughes can be contacted by email at hug13@aol.com.