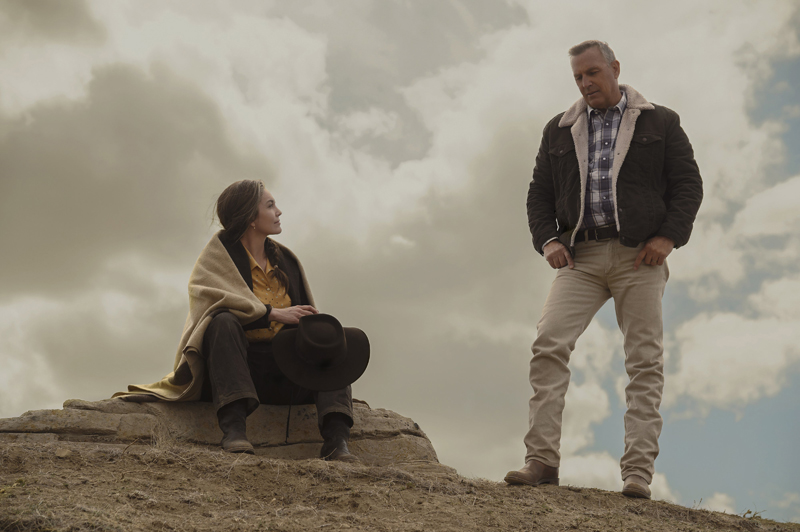 In mid-1960s Montana, a retired sheriff (Kevin Costner) and his strong-willed wife (Diane Lane) are concerned for the welfare of their young grandson after their widowed daughter-in-law (Kayli Carter) and her physically abusive second husband (Will Brittain) abruptly leave town and move in with his family in North Dakota. Traveling there to investigate, they clash with the intimidating, mentally disturbed matriarch (Lesley Manville) of his malevolent clan in a conflict that eventually escalates out of control.

While writer-director Thomas Bezucha’s adaptation of Larry Watson’s 2013 novel showcases the main duo’s successful, if sometimes tense, marriage, it’s also morally dicey since their determination to protect their grandchild eventually becomes inextricably bound up with a desire to settle scores with their adversaries, so that climactic scenes of mayhem are calculated to appeal to viewers’ baser instincts. Not a film for the impressionable, though discerning grown-ups will be able to balance its positive and negative aspects and will appreciate the fine acting on offer.

Considerable violence with some gore, mature themes, a brief reference to atheism, a few profanities, a handful of milder oaths. The Catholic News Service classification is A-III — adults. The Motion Picture Association rating is R — restricted. Under 17 requires accompanying parent or adult guardian.